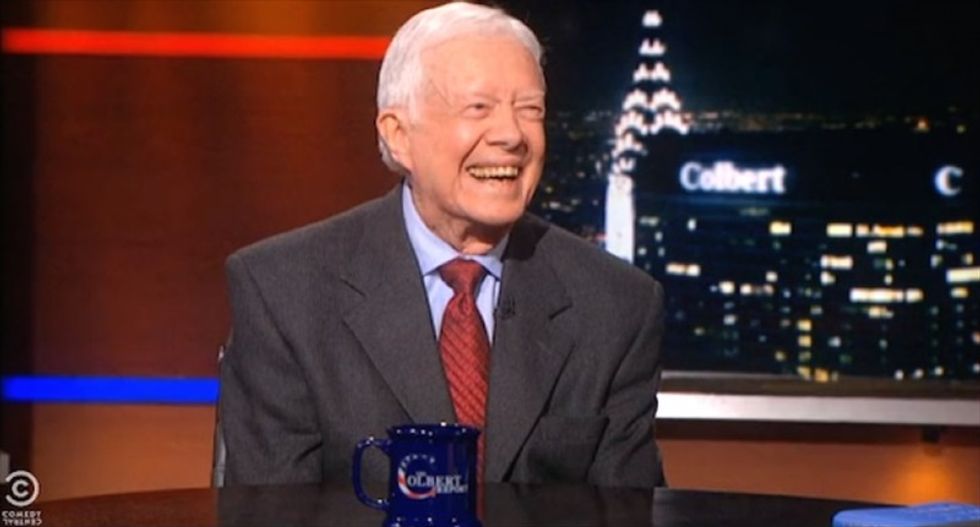 President-elect Donald Trump is having a hard time recruiting A-list stars to perform at his inauguration, but now he's having problems getting former American leaders there as well.

According to a report from Politico, former President Jimmy Carter is the only one who has RSVP'd to Trump's big day. Spokespeople for Bill Clinton and George W. Bush say that they are still undecided and will decide after the first of the year if they'll attend or not.

Bush had tweeted his congratulations after Trump won in November but the Bush family not only stood in opposition to Trump in the primaries, George H.W. Bush said that he was voting for Trump's opponent Hillary Clinton. Trump was notorious for bullying Jeb Bush throughout the election.

The elder Bush confirmed that he will not be at the election, citing his age as the reason.

Carter confirmed he'd be attending while teaching his Sunday school class at church earlier this week.

In the past, presidents have decided not to go. While both Bush's attended Barack Obama's 2009 inauguration they sat out the 2013 inauguration, citing George H.W. Bush's compromised health. In 2005, President Gerald Ford didn't attend the Bush inauguration due to his health. He died the following year.

The Trump transition team has said that they are willing to do anything to get more stars to attend the inauguration.