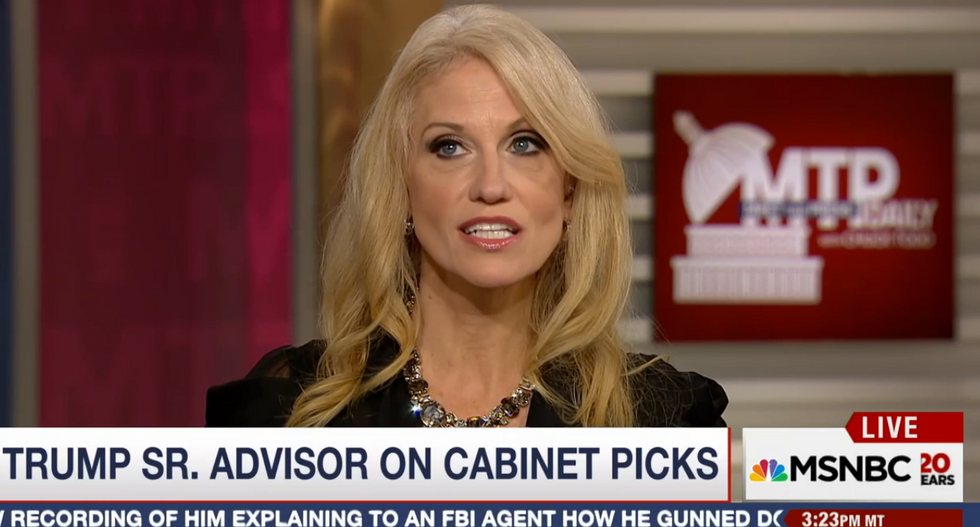 “Was the trashing of Goldman just simply campaign rhetoric and sort of B.S.” Todd asked.

Conway attempted to iterate her talking point that “he’s talking about political influence,” arguing “these are cabinet positions.”

“Those are political appointments!” Todd reminded her.

Conway argued they picks will help “roll back really bad policy,” insisting all of Trump’s choices “believe” in the president-elect’s vision and “can help execute” it.

Referring to her vocal criticism of rumored Secretary of State candidate Mitt Romney, Conway said she was “will support, completely and wholeheartedly” Trump’s choice, but noted she was trying to “give some voice” to the grassroots resistance angered by the notion of a Secretary of State Romney.

“What I think ultimately doesn’t matter,” Conway admitted, later adding, “ultimately, we always know who’s in command and control of the decision.”

She went on to praise Trump’s “really incredible” instincts and “raw intelligence.”