Maher and Olbermann rip press for Trump election coverage: They 'f*cked up' and 'look what we got' 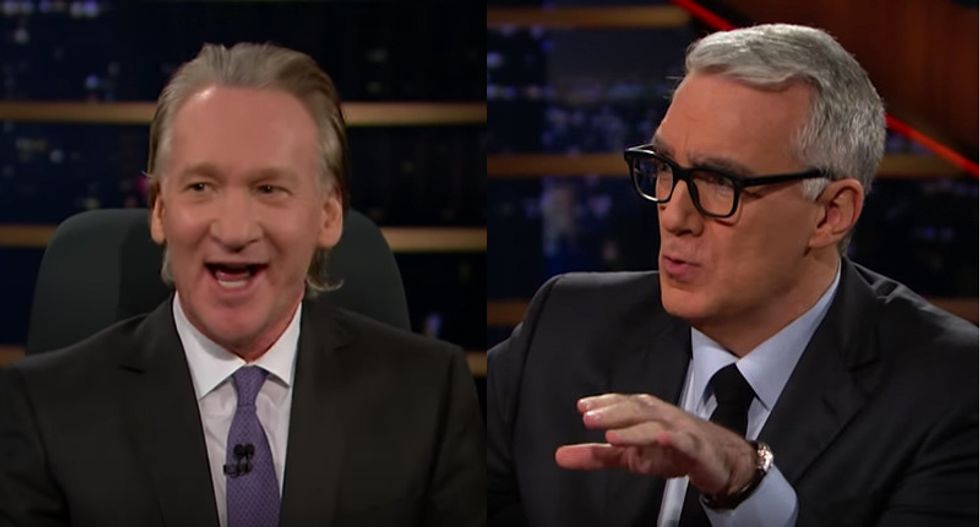 "Everybody should have walked out," Olbermann began. "In those press rooms it's now not about getting an answer from the president, but getting yourself recorded and played on your own network for asking the question. And the guy could just go 'I dunno,' and they would run that soundbite."

"There's no uniformity, there's no collectivism. But if you now fill, if you now quadruple the press room, you guys walk out, CNN walks out and ABC, CBS and NBC suddenly go out with him, that leaves 47 Jeff Gannons to ask questions," Olbermann continued, referring to the softball-tossing fake journalist admitted to the White House press pool during the George W. Bush Administration.

"Well, if anything is good about this, I feel like the press has been chastised and they got the message" host Maher added,"I don't know if they're changing anything -- they've changed to a degree already -- but they do feel bad. They do feel like, 'Oh yeah, we did f*ck up, we did over-hype the email bullshit, and we did over-cover Donald Trump and look what we got.'"