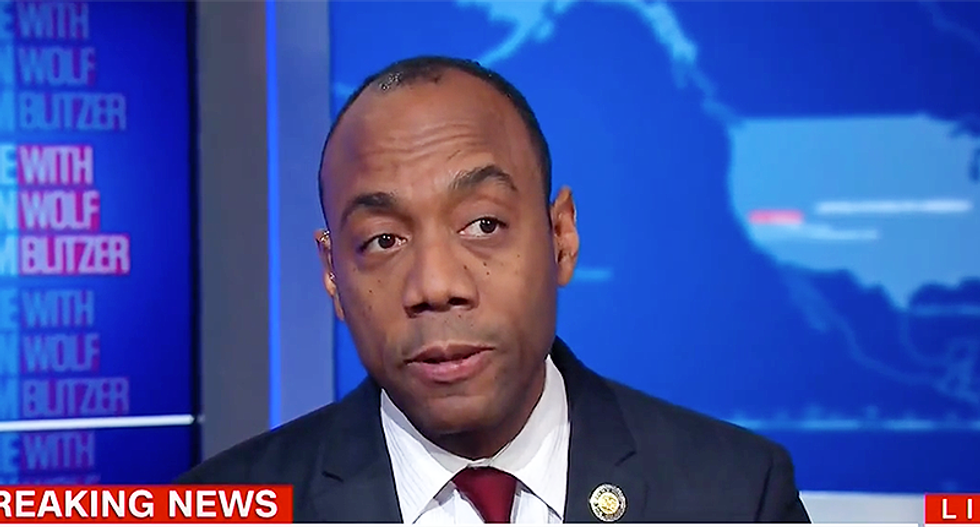 NAACP president Cornell Williams Brooks clarified that he's not threatening President Donald Trump but he promised that people of color will rise up to save their voting rights.

Blitzer asked Brooks if it was a threat.

"No threat at all," Brooks clarified. "It is, in fact, a promise and prediction. We have seen in the course of this last election unrelenting voter suppression. We have seen our rights denied as Americans, particularly seniors, African-Americans, Latinos, and younger people. And so, if the president insists upon conducting an investigation into voter fraud, as a pretext for voter suppression, the NAACP along with millions of Americans of every hue and heritage will resist. We will push back. We have, in the course of this campaign, in terms of 10 months and no less than ten court victories against voter suppression."

Brooks went on to say that Trump has claimed there are as many as 3 million to 5 million fraudulent votes, but it's just as absurd as other claims he has made.

"The only place you'll find millions of fraudulent ballots are right beside that fake birth certificate of Barack Obama inside the imagination of President Trump," Brooks continued. "They don't exist."