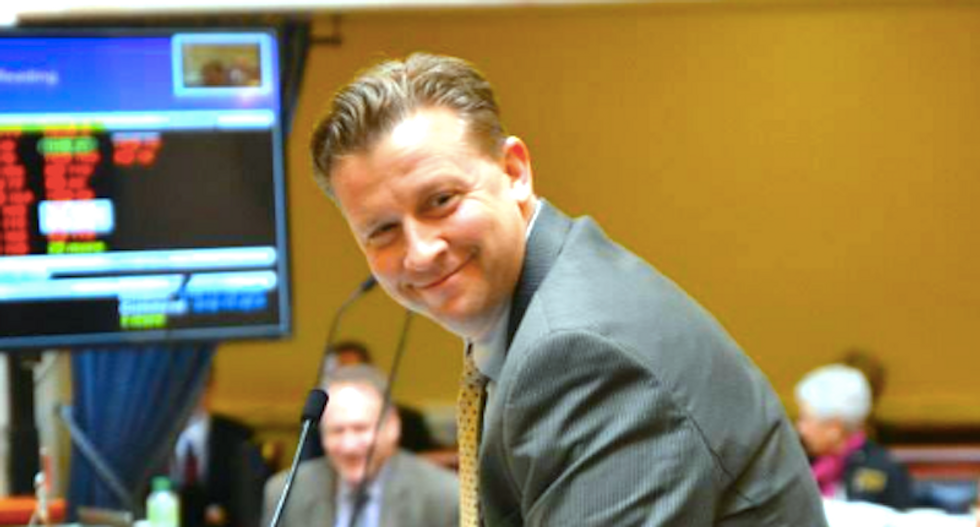 Now that he's successfully declared pornography to be a public health crisis in his state, a Utah Republican wants to allow lawsuits against companies that put explicit content online.

"I'm trying to kind of track the same path that was taken against tobacco 70 years ago," Weiler told KSL-TV. "It's not government coming in and saying what you can and can't watch. It's just basically a message to the pornography industry that if someone in Utah can prove damages from the product, that they may be held liable financially."

Related: This man is behind a nationwide porn-banning campaign – and he wants to marry his laptop

Weiler, who is an attorney, admits the first two or three dozen cases against pornographers would most likely be dismissed, but he believes they would eventually gain traction.

"I'm looking at where we can push the envelope as a state of Utah," Weiler said. "To pretend that this is not having any impact on our youth, on children's' minds as they're developing, as their attitudes towards sex and the opposite sex are being formed, I think, is foolish."

Lawmakers in Tennessee and Virginia are considering measures that would declare pornography a public health crisis in their states, as well, and the Republican National Committee issued a warning in its 2016 platform about health concerns related to pornographic materials.

Those state resolutions would not ban pornography -- but they could pave the way for new restrictions.

A legal paper published in 2013 by a conservative think tank laid out a map for abolishing the pornography industry in the U.S. by enforcing obscenity laws currently on the books and applying prostitution statutes to performers.

The paper's author, Morgan Bennett, argues that some forms of speech "abuse" the right to speak freely that's guaranteed in the U.S. Constitution.

She cites Thomas G. West, a professor of politics at Hillsdale College in Michigan, who argues that the Constitution's framers commonly recognized four categories of injurious speech.

According to West, those abuses are "personal libel, government libel, speech that injures public health or the moral foundations of society, and speech used in the course of, or that promotes, other injurious conduct."