They've let him 'get in their head': Scarborough attacks press for going after his Trump party appearance 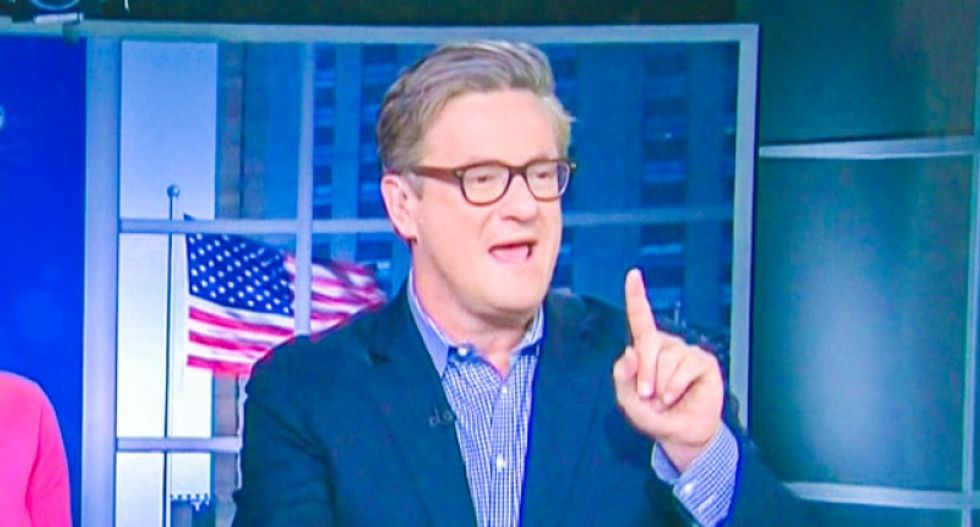 After spending the better part of two days complaining about reporters pointing out that he was seen at the site of President-elect Donald Trump's New Years Eve party, MSNBC host Joe Scarborough sat down with CNN's Dylan Byers to say he's being picked upon only because it was Trump with whom he was having a meeting.

The whole "Trump party" back and forth on Twitter between Scarborough and several reporters occupied most of a slow news day on New Years Day, after NY Times reporter Maggie Habermann tweeted that Scarborough along the Morning Joe show co-host Mike Brezinski "partied" with Trump.

After arguing over the definition of "partied," Scarborough engaged in a highly public argument with journalists on Twitter, claiming he was there to set up an interview with the president-elect for a later date and did not stay to see the new year in.

Speaking with CNN's Byers, Scarborough attacked an assortment of television hosts and journalists who have had personal relationships with politicians over the years who have never come under the scrutiny that he has since covering Trump.

Which brought up the question: why now and why Trump?

"I think it's mainly against Donald Trump. Again, people knew that we went in -- we couldn't explain what we had said with Barack Obama, but when we met with him in the White House for an hour and a half, people knew we went in and met with Barack Obama for an hour and a half. They knew that we were friends with Valerie Jarrett," Scarborough explained.

"The only difference is that Donald Trump is now the person calling us up. So for some reason, this is now shocking and everybody's aghast when the fact is, again, my interactions with Donald Trump are so much more limited than Fareed Zakaria's with Barack Obama or Ben Bradlee's with JFK or Walter Lippmann's with LBJ, or -- you just go down the list," he continued. " Or Chris Matthews with John Kerry. Or Andrea Mitchell with half of official Washington. Again, there's nothing wrong with that. I mean, Tom Brokaw went out hunting with Supreme Court justices. That's fine. And it's good for him to do that. And it's good to get to know them so long as you're willing to be tough. And I've got a year of op-eds that show just how brutally honest I can be towards Donald Trump and anybody else."

Continuing with that theme, Scarborough warned that reporters are letting Trump change the rules and their behavior as reporters.

"I do have a message. And it’s something that we talked about this morning on the show, and we’ve been talking about for some time,"Scarborough said. "That, don’t let Donald Trump get into your head. Don’t let him change the basic rules of journalism. You still pick up the phone, you still ask questions. Facts still matter. You still pursue stories that matter to people across the country instead of venting or trying to write the most snide tweet or the most snide article."

You can real the whole interview here.