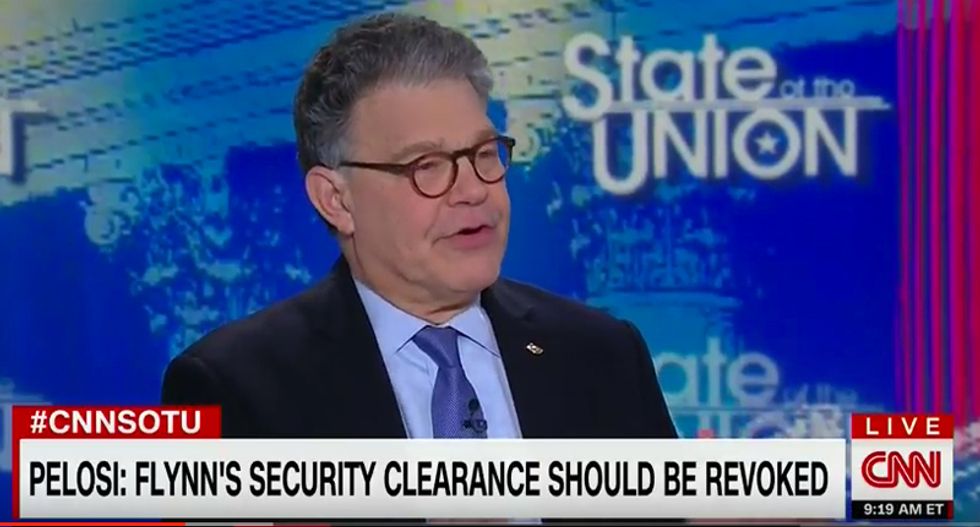 Appearing on CNN's State of the Union, Tapper asked Franken about his comments on Friday night's Real Time on HBO when the Minnesota senator said some believe Trump is "not right, mentally."

"I know that was comedy, but is it true that some Republican colleagues expressed concerns about Trump's mental health?" the CNN host asked.

"In what way?" Tapper pressed.

“In the way that we all have this suspicion that –– he lies a lot, he says things that aren’t true. That's the same as lying, I guess, " Franken said with a knowing smile. "You know, three to five million people voted illegally. There's a new one about people going in from Massachusetts. That is not the norm for a president of the United States or, actually, for a human being."