Stealing the spotlight from The Donald will be the 'kiss of death' for Steve Bannon: Trump biographer 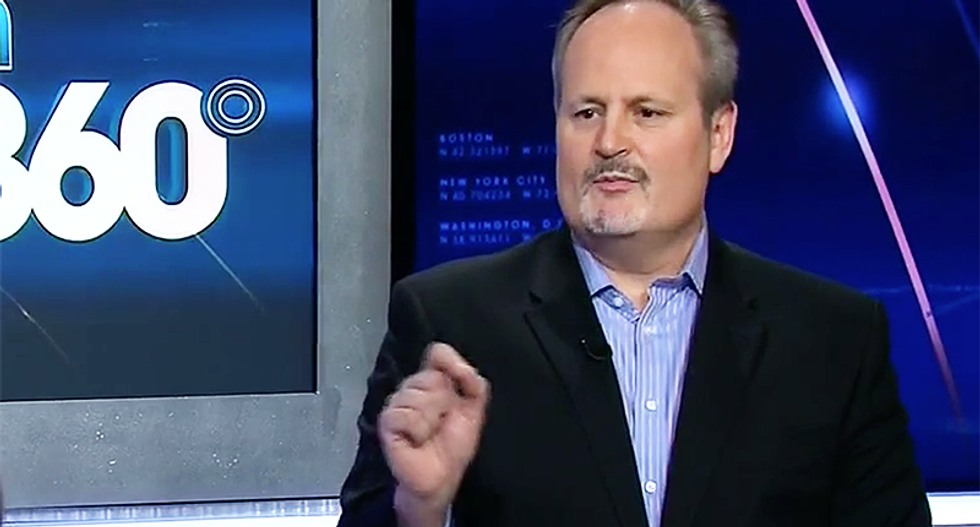 Timothy O'Brien, author of TrumpNation: The Art of Being The Donald (Photo: screen capture)

Timothy O'Brien, author of TrumpNation: The Art of Being The Donald, revealed that the one way Steve Bannon could be taken down is to raise his profile so Bannon appears larger than President Donald Trump.

Host Anderson Cooper cited a piece O'Brien authored that highlighted the ways in which Chris Christie and Rudy Guiliani disappeared when their profiles became larger than Trump himself. He wondered if Bannon could meet the same fate if he continues to be on TIME magazine covers.

"Bannon is a survivor," O'Brien said. "He's clearly stayed in the background. But he had a coming out of sorts, because of the executive order and powerful role on the NSC. I think he's now very visible on the cover of TIME magazine. Trump likes advocates and loyalists and people who advocate his viewpoint but not people who get more air time and attention than he does. That's been the kiss of death for anybody who is an advisor to him who's not a family member."

Cooper mentioned Trump press secretary Sean Spicer, who explained that Bannon and the president don't share the same views on several issues including Muslims. Still, Bannon's fingerprints were all over the ban on immigrants and hold on refugees.

"They can try to parse the difference between their views of Muslims but all takes place ultimately in policy," O'Brien explained. "Trump allowed Bannon to roll out the executive order banning immigrants from seven mostly Muslim countries and has put it in play. If there's any daylight between Bannon and Trump, you wouldn't know throw that order. It's an order that, in many ways, is profoundly 11th century."

Cooper argued that when Trump was running he often criticized former Sec. Hillary Clinton for seeking out her advisors before making decisions. His selling point, according to Cooper, was that Trump is a decision maker.

"But hearing this role that Bannon and other senior advisers, seems to fly in the face of that," Cooper noted.

"He said 'I will come into the White House and I will be a great deal maker and a great business manager,'" O'Breien quoted. "But the reality is that, historically, he's never been a really great manager. He's never liked process, short attention span, he's not intellectually and emotionally disciplined. We're seeing all that surface now in the White House."