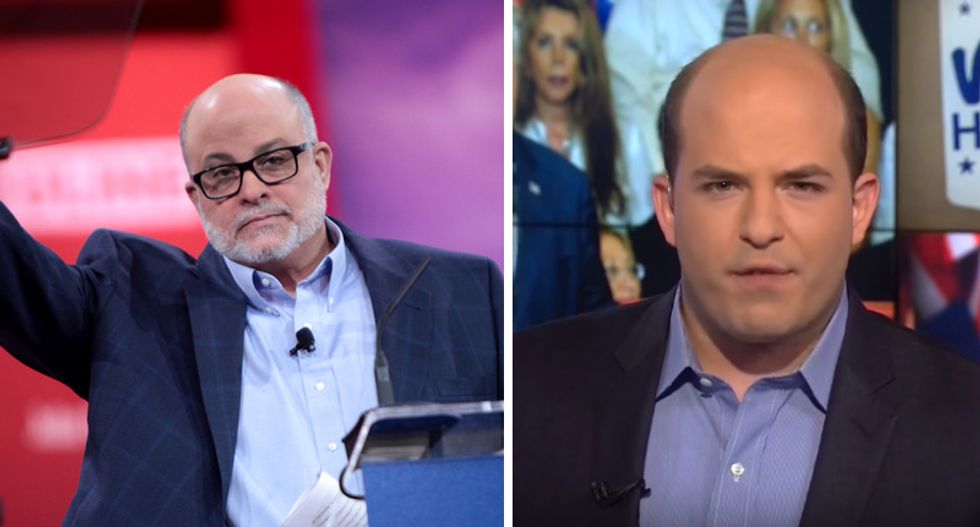 CNN's Brian Stelter is well known for independent investigative journalism into the media and frequently fights fake news and unreliable sources. It's no surprise that he walked through the facts on right-wing radio host Mark Levin's claim that the FBI ordered wiretaps of Donald Trump's campaign staffers and associates. President Trump then took that information and expanded it to blame Obama for wiretapping Trump himself.

According to The Hill, Levin sent a scathing letter to Stelter for "ad hominem attacks" and claiming that his allegations were "conspiracy theory" and "incredible."

Levin maintains that Obama is responsible and told Fox News Sunday "the evidence is overwhelming" against him and accused the Obama administration of spying. That said, Democrats and Republicans have come out against the claim, including former director of national intelligence James Clapper and FBI Director James Comey. But Levin even had attacks for Clapper's facts, saying that Clapper might not have known what was going on.

Over the weekend, Trump's White House said that they were searching for the evidence to prove that Trump was being surveilled. The search ceased and they announced that they were requesting Congress take over the investigation into Trump's claim and would not be answering any further questions on the subject.

“The question is who they did spy on and the extent of the spying that is the Trump campaign, the Trump transition, Trump surrogates,” he told Fox News. He went on to cite the New York Times, Washington Post and Daily Mail as evidence.

The pieces he's referring to, however, are far from the claims Levin and Trump asserted over the weekend. Stelter called out the two men, specifically slamming Trump as the "Conspiracy Theorist-in-Chief."

Levin went off, penning a letter alleging Stelter should look closer at the "facts" Levin said that he discovered answers to.

"I simply put together the stories that YOUR profession reported, on the public record," Levin wrote. "Do you deny there were two FISA applications? Do you deny the first was turned down? Do you deny the second was approved? It's called the Foreign Intelligence Surveillance Court. It is about surveillance."

"The fact that we cannot discern all the details because of the secrecy, except for what the media have revealed and selective leaks by the government, should cause you to want to know more, not to trash those who point it out," Levin continued.

"Levin emailed me, 'Do you deny there were two FISA applications?' I replied: 'I don't know. You don't know. The reporting is very murky,'" he tweeted.