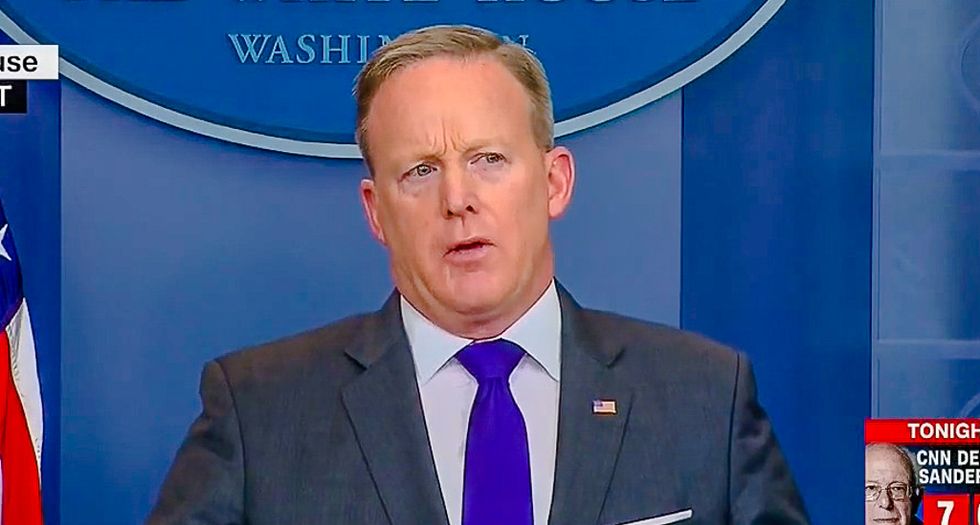 In his CPAC address, Trump railed on the media's use of anonymous sources, going so far as to argue that the media "shouldn’t be allowed" to use anonymous sources in reports. However, when reporters questioned Spicer about this on Monday, the exchange immediately prompted questions about Trump's allegations that former President Barack Obama wiretapped Trump Tower — and of course, questions about Trump's source of information followed.

"People start taking things as fact because a series of off-the-record and anonymous sources ... We have started to become a series of believing all these stories, and yet, I've addressed this in the past, there's nothing there to substantiate," said Spicer. "At some point, I would ask people to take on-the-record sources and quotes as important as the countless numbers of anonymous, off-the records."

That's when one reporter questioned Trump's source of information regarding the alleged wiretaps. "So, explain this to me then," the reporter started. "You're talking about not using anonymous sources — what is, then, the sourcing of the president's tweet on Saturday? Does he believe it's a FISA warrant?"

As soon as reporters started questioning him, Spicer snapped, "There's no cameras. You can slow it down." He then claimed there are a number of reports that "are out there" from "individuals and sources."

When reporters continued asking about Trump's sources, Spicer snapped again, "You're not on camera. You don't need to jump in."

Listen below starting at 11 minutes.