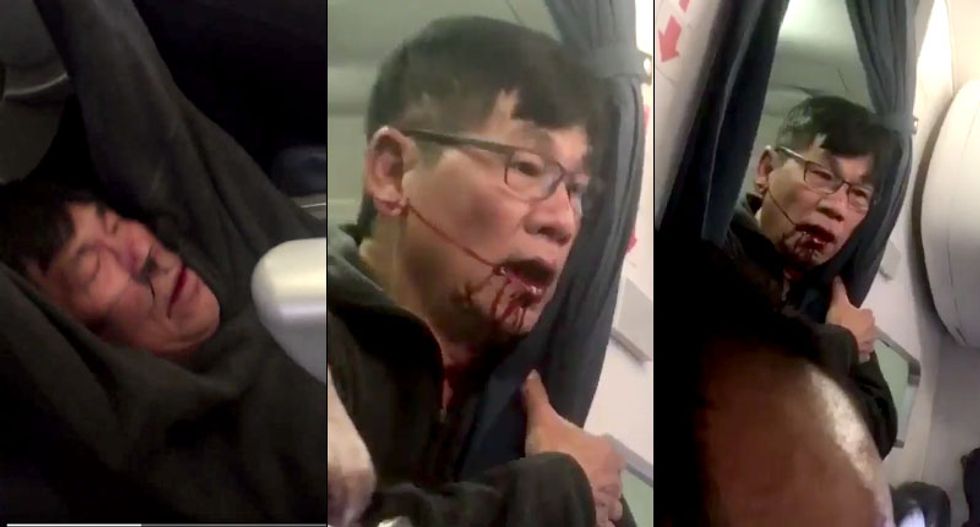 A passenger of a United Airlines flight after he was forcibly removed from his seat by security officers (Screen cap).

Yet another video has emerged of the man who was violently dragged off a United Airlines flight on Sunday, and it shows that the passenger's face was covered in his own blood.

The video shows the man leaning up against the doorway between first-class and economy seating, while he repeatedly says, "Just kill me" and "I have to go home."

Earlier videos of the man being dragged off the United flight, which was scheduled to go from Chicago to Louisville on Sunday night, sparked widespread outrage.

The man was originally asked to leave the airplane because United had overbooked his flight. The man refused, and he claimed that he was a doctor who needed to make the flight to see some patients at his hospital the next day.

After he refused to leave, security officers grabbed him and dragged him off the plane, to the horror of several passengers.

Watch the two new videos of the United passenger below.