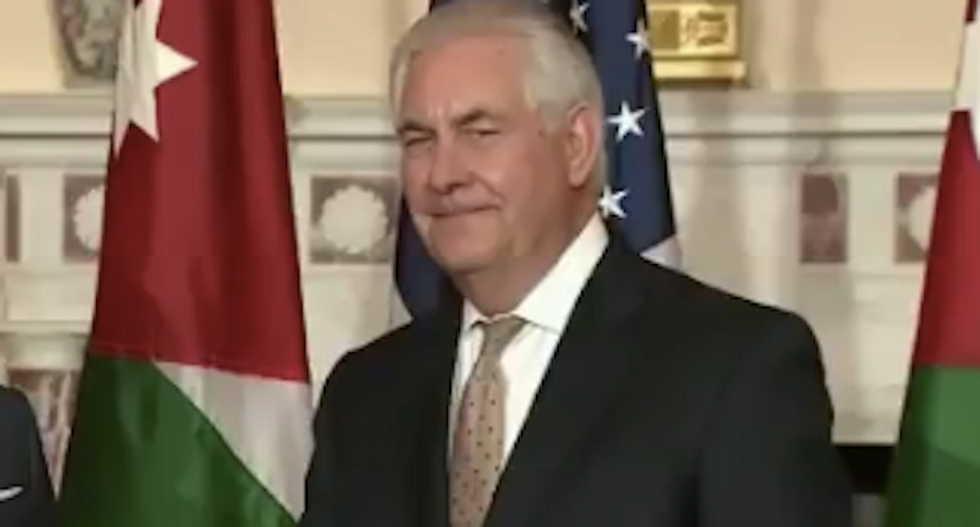 Social media users heaped scorn on Secretary of State Rex Tillerson, who refused to answer reporters' questions on this week's massacre in Syria.

A senior State Department official, speaking anonymously on background, described the attacks as "reprehensible," but the chief diplomat offered no comments.

When asked about the deadly Syrian chemical attack, he didn't comment & walked out. pic.twitter.com/inxJTb0K53

Twitter users were ashamed and outraged by Tillerson's silence.

@MarkWarner SYRIAN CHILDREN BEING GASSED AS I WRITE THIS. ASK YOUR FRIEND TILLERSON TO SPEAK OUT! What would a Boy… https://t.co/mudfKERvjI
— Mad Sec Costumes (@Mad Sec Costumes) 1491327875.0

@PeterAlexander Tillerson is only in the picture for oil. Not SOS material. This whole administration is a farce.
— Snarky Kat (@Snarky Kat) 1491327912.0