If Flynn was warned by Trump campaign, what did Pence know and when did he know it? 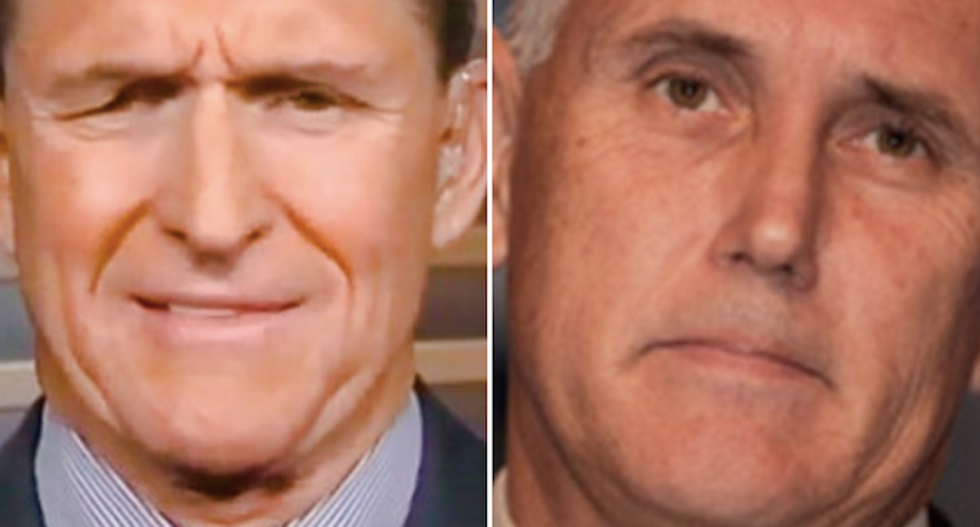 In a Jan. 15 appearance on "Face the Nation," Vice President Mike Pence denied Ret. Lt. Gen. Michael Flynn had discussed sanctions with Russian Ambassador Sergey Kislyak. It was then found that Flynn lied and as a result, he was let go from his new position as President Donald Trump's national security advisor.

In March, it was revealed that the Trump campaign and Trump transition team warned Flynn that he might need to register

as a foreign agent due to his work for a Turkish businessman. However, The Washington Post reported Friday that Flynn was also warned in Nov. 2016 about his contacts with the Russian Ambassador.

A full two months later, Pence went on "Face the Nation" to deny Flynn had any contact with the ambassador. It begs the question made famous by Washington Post Watergate investigative reporters Bob Woodward and Carl Bernstein: What did Mike Pence know and when did he know it?

Flynn was fired for lying to Pence but now it seems the entire campaign and transition team also lied to Pence. Conversely, Pence could have known and gone on "Face the Nation" and lied to protect the new White House.

"Either they were criminally negligent — or they weren’t and they knew," Maddow said in March.

When it comes to Pence, Maddow refused to believe the claim that Pence knew nothing.

Maddow also recalled that Flynn attended the president’s daily intelligence briefings and had top secret national security clearance while getting paid by Turkey. She said that it was a “third level of scandal,” however when someone like Pence begins to make utterly implausible denials that he knew anything about it.

The failed efforts to intervene with Flynn also cast harsh new light on a national security adviser who lasted just 24 days on the job before revelations about his discussions with Kislyak — and misleading accounts of them — forced him to resign.