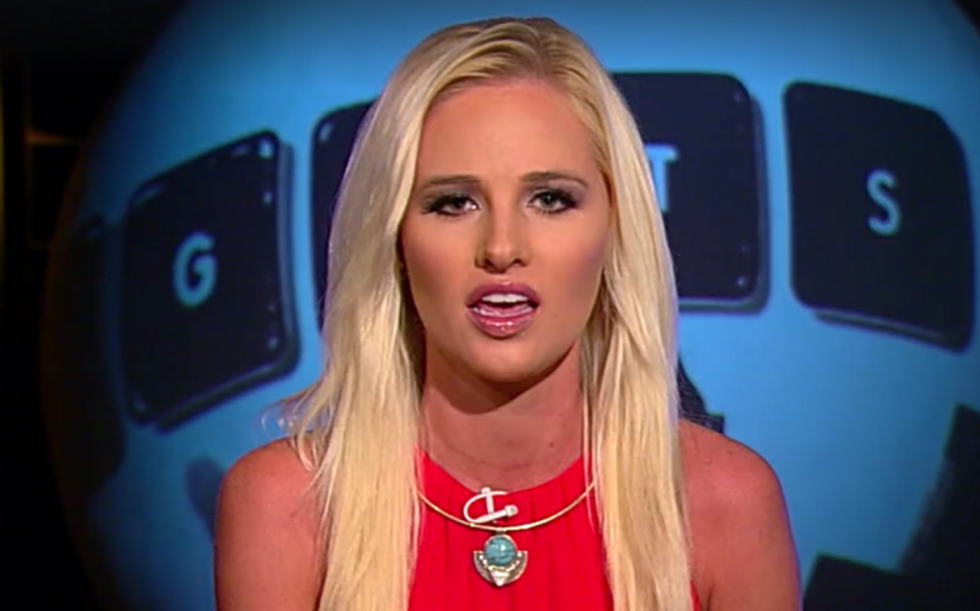 Tomi Lahren may not be at The Blaze anymore, but she's not giving up on fighting her biggest battle: Talking about race in America.

In an interview with Playboy, Lahren was asked to name the "most important cultural battle" she's waging, and she didn't hesitate before saying, "Race."

"I think race in America is a huge one," she said. "I think that’s something that needs to be confronted, certainly."

When asked how she's confronting this topic, Lahren went off on a lengthy diatribe about how white people now feel too intimidated to talk about racial issues.

"For so long it’s been, 'Those are black issues that white people can’t talk about them,'" she explained. "Okay, but if you’re calling me a racist and saying white people don’t understand you, wouldn’t white people inherently have to be a part of that conversation? I actually had a conversation with Charlamagne [tha God] about this, that there are white people who are afraid to talk about race because they don’t want to be labeled a racist, so they don’t want to talk about the issues; they don’t even want to talk to black people because they’re so afraid they’ll slip up and be offensive. Which is a huge problem. We’re segregating ourselves because we’re afraid we’re going to offend each other."

In the past, Lahren has not been shy about weighing in on race issues. Among other things, she has said that black people risk getting shot by police unless they condemn the Black Lives Matter movement to show officers that they aren't against cops; has compared Black Lives Matter to the Ku Klux Klan; and has told former 49ers quarterback Colin Kaepernick to be grateful for having two white parents who adopted him after his black father abandoned him.