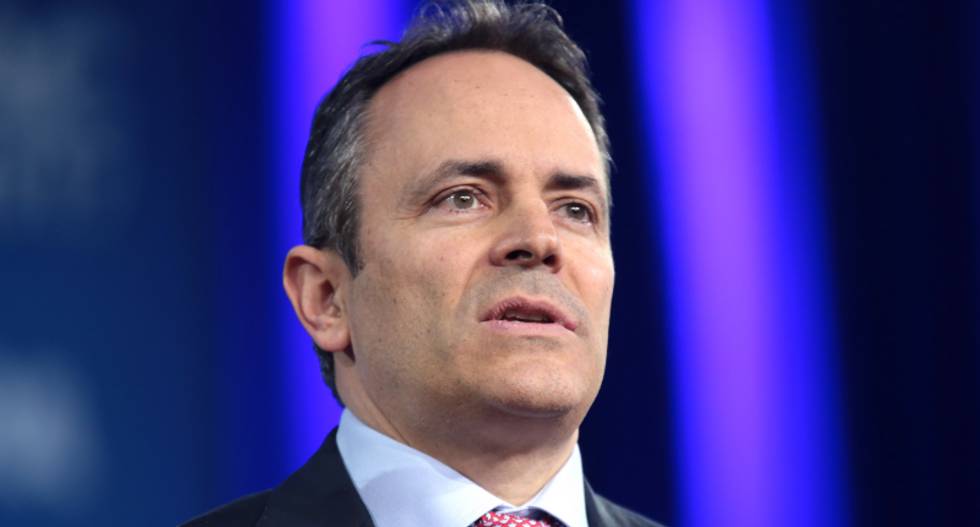 Kentucky Governor Matt Bevin raised eyebrows when he told a conservative talk radio personalty that a lack of Bibles in schools is responsible for the white nationalist violence in Charlottesville.

West Virginia radio host Tom Roten asked the Kentucky Republican about a controversial bill he signed allowing the Bible to be taught in public schools.

"When you go back a couple of hundred years, in most instances the only textbooks that were in our public schools were in the Bible," Bevin claimed.

"Say it all together now: The Bible was never banned from public schools," Hemant Mehta at Friendly Atheist. "What Bevinis referring to are mandatory Christian prayers. How that rejects some part of our history, I don't know."

"And why are we trying to replicate our education system from hundreds of years ago," Mehta added.

Bevin's habit of relying upon the Bible and prayer as a public policy response has been labeled as, "Kentucky-fried Christianity" by critics.

Bevin's official plan to reduce an epidemic of violence in Louisville's troubled West End was for people to walk the neighborhood praying for "two to three times a week during the next year."

Nine additional homicides have been committed in Louisville since that tragic weekend.