'This is not what he signed up for': Confidant says Trump's mood 'worst it’s ever been' 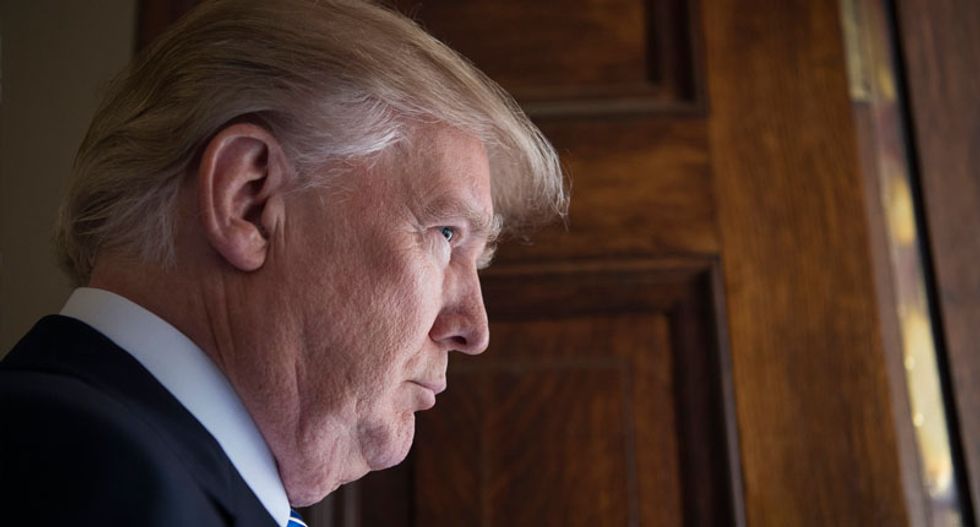 Secretary of State Rex Tillerson has been publicly challenging the White House, but advisers say President Donald Trump can't afford to fire him.

A source close to the president said Trump was angered that Tillerson and economic adviser Gary Cohn criticized his response to a Charlottesville white supremacist rally, but there's not much he can do about it, reported Politico.

“I think that cuts him to the quick,” the source told the website.

Trump's advisers don't believe they could find a qualified candidate to replace Tillerson, who has feuded with the White House for months, because they don't think UN Ambassador Nikki Haley is ready to take over.

“I couldn’t name you a guy who would take the job or get confirmed," the source said.

The White House has experienced an exodus of staffers in recent weeks, although few of those positions have been filled -- and, outside of New Jersey Gov. Chris Christie, no one seems especially eager to join the administration.

“General Kelly has come in and done a look-see on what everyone’s been working on for the first six or seven months here,” one White House aide told Politico. “Some people were ready, and some people were not.”

Trump returned from a 17-day vacation to find his influence shrunken, as the Russia investigation continues to consume his administration and congressional Republicans openly questioning his leadership.

That has left the president's mindset as “the worst it’s ever been," according to the Politico source.

“He feels like this is not what he signed up for, and his accomplishments are being underplayed,” the source said. “He just looks around and says, ‘When is this going to get better?’”