'Did he come with a gift receipt?': Meyers ridicules pro-Trump pastor's claim that president is 'a gift from God' 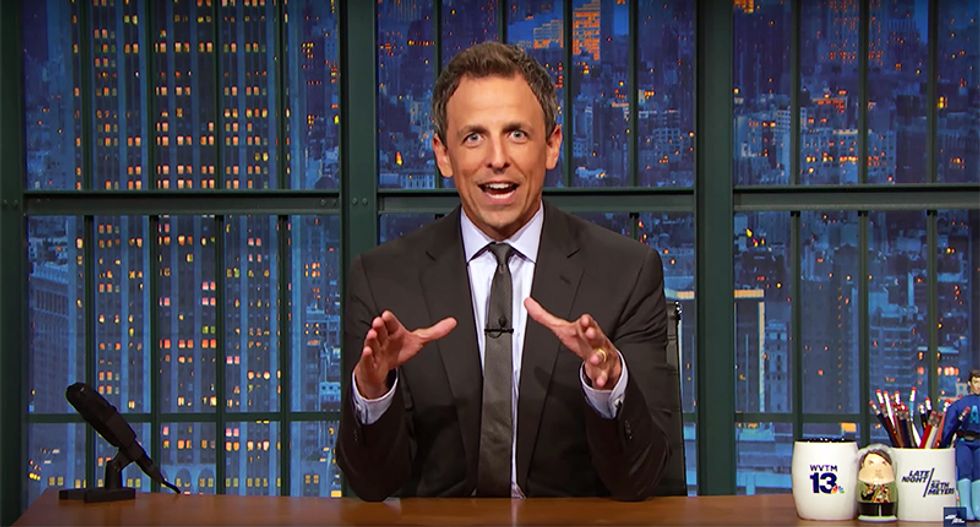 Among the many newsworthy events that took place during Late Night host Seth Meyers' vacation, one of the strangest --and most hilarious -- was the Oval Office prayer session where President Donald Trump had clergy go in a circle and praise him.

"Trump seemed to think highly of his performance after [Hurricane] Harvey," Meyers said. "So highly that on Friday, he had a group of faith leaders at the White House to declare a national day of prayer and made them take turns praising him."

Meyer then played a clip of Texas pastor Robert Jeffress, who last month claimed "God has given Trump authority to take out Kim Jong Un" and once said he would vote for Trump over Jesus Christ, leading a prayer that was written specifically for the president.

As the clip ended, Meyers was incredulous.

"Far be it from me to criticize God," Meyers said, "but he is a terrible gift-giver!"

"Did Trump come with a gift receipt?" he mused, smiling.