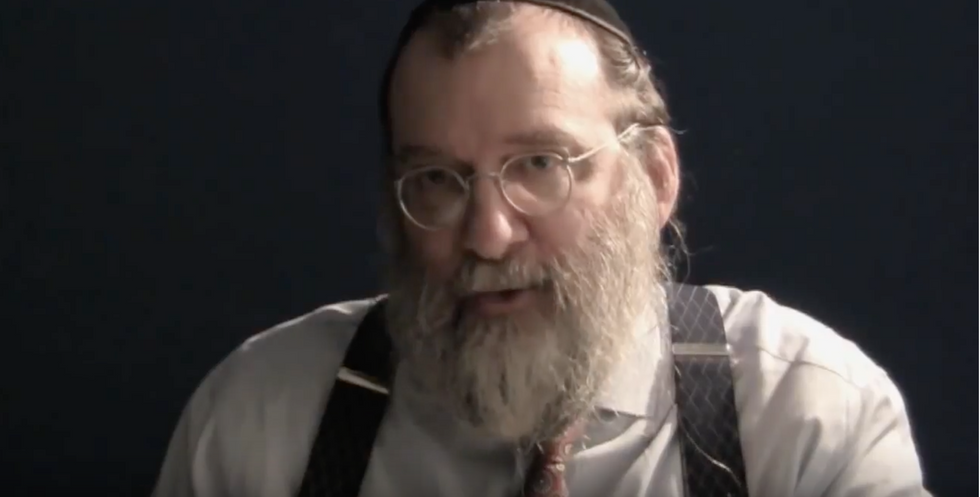 David Yerushalmi is, according to the Southern Poverty Law Center, "the father of the anti-Sharia law movement" -- and his legal practices are gaining traction in the wake of the Islamophobia stirred up by President Donald Trump.

In a report for The Daily Beast, Muslim comedian Dean Obeidallah comments on the findings of a new UC Berkeley report titled "Legalizing Othering: The United States of Islamophobia," in which Yerushalmi figures prominently.

Yerushalmi may not be as "flamboyant" as others within the "movement," Obeidallah writes, but has been effective all the same in his pairing of a legal background with virulently anti-Muslim writings.

A proponent of the right-wing Israeli settlement movement, Yerushalmi has been condemned by the Anti-Defamation League for his bigoted views about Muslims as well as black people, immigrants and women. He's argued that white people are "genetically superior" to black people, and provocatively stated that "there is a reason the founding fathers did not give women or black slaves the right to vote."

His blatant bigotry appears not to be a liability to the Republicans who embrace his ideology and use his legal rhetoric to propose and pass anti-Sharia law bills. He's senior counsel of the American Freedom Law Center, a right-wing legal group that represented "national security experts" in a Supreme Court brief in defense of Trump's Muslim ban. The AFLC also represents the Center for Security Policy, a conservative think tank that Trump cited in his initial calls for a "Muslim ban" while on the campaign trail in 2015.

Yerushalmi could even have been the forefather of the Muslim ban, because, as Obeidallah notes, he's been "calling for a total ban on Muslim immigration to the United States years before Trump espoused that view."