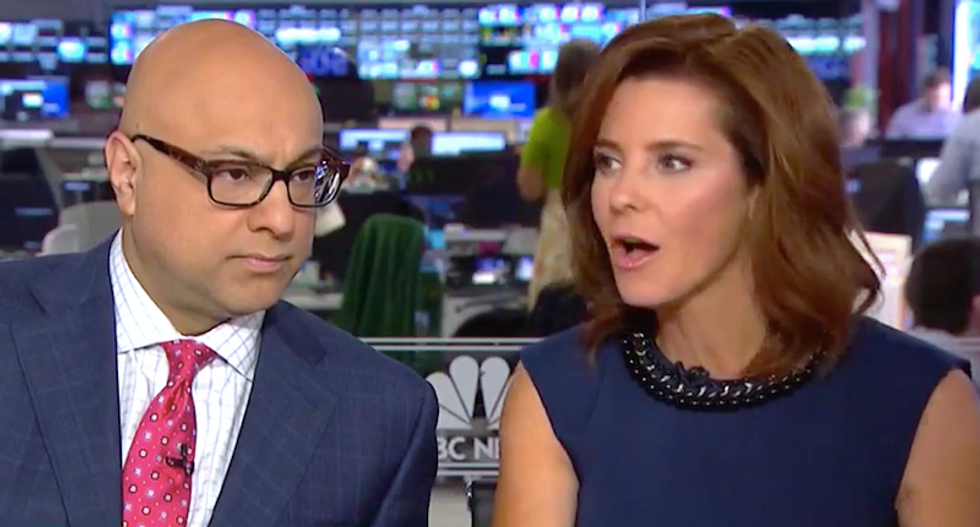 MSNBC's Stephanie Ruhle said President Donald Trump -- and not his chief adviser -- was responsible for the "dark and dangerous" speech he gave to the United Nations.

"Let me ask you, this speech written it seems a lot of it felt like Steven Miller," Velshi said. "It felt like the inauguration speech, it like the NATO speech."

Co-host Ruhle disagreed, saying the UN speech wasn't as "dark" as the Inauguration Day speech -- and she rejected Velshi's explanation.

Charles Kupchan, a senior fellow at the Council on Foreign Relations, agreed that Trump signed off on the bellicose speech.

"Trump, I'm sure, went over draft after draft," Kupchan said. "I'm sure (H.R>) McMaster and Nikki Haley and others tried to soften the edges, you could see there were soft edges here and there. In the end of the day, this is a guy who is all about nationalism, sovereignty and patriotism. It really is concerning that he is laying out a vision of the world before the entire diplomatic community that says each for his own, let's go out there and pursue our own interests. If he continues to do that, four years from now we'll be in a very dark and dangerous place."