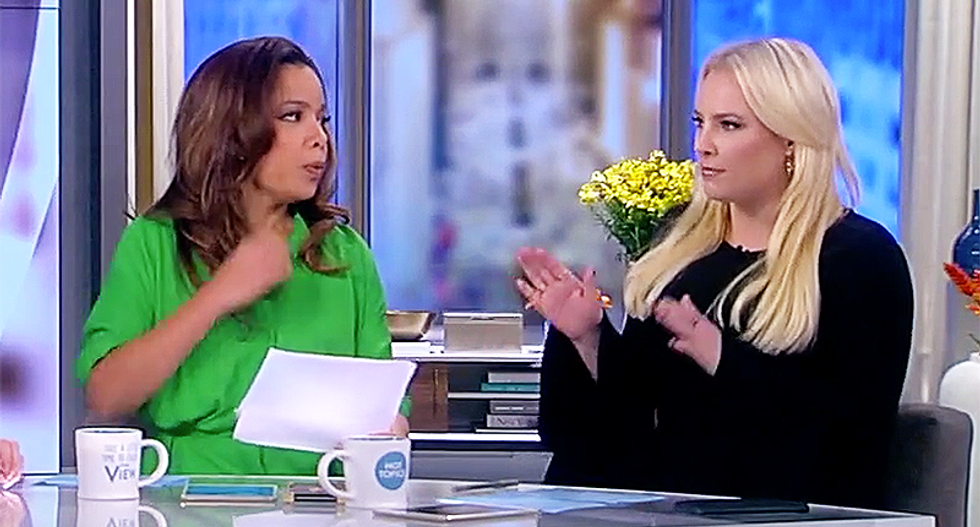 A fight broke out between the women on "The View" Monday after the news broke that Paul Manafort and Rick Gates were indicted on 12 counts, including "conspiracy against the United States."

Republican and former Fox News contributor Meghan McCain claimed that this is all an "ultimate breakdown of democracy," and that "both sides" were to blame for the allegedly illegal actions by President Donald Trump's campaign staff.

"Can I please finish!" McCain cut in.

"Hillary Clinton and the dossier --" McCain said, talking over her.

Even Sara Haines began the segment joking that this so-called "nothing burger sure tastes good," referring to the GOP talking point that this isn't a big deal.

"Listen, you know what really bothers me," Behar continued. "Seventy-five percent of the Republicans in this country do not think it's a big deal that the Russians invaded our country through cyber attacks."

McCain then tried to pivot to something about former President Barack Obama not doing enough in 2012 but Hostin screamed once again, "President Obama wasn't indicted today!"

Watch the full throwdown below: