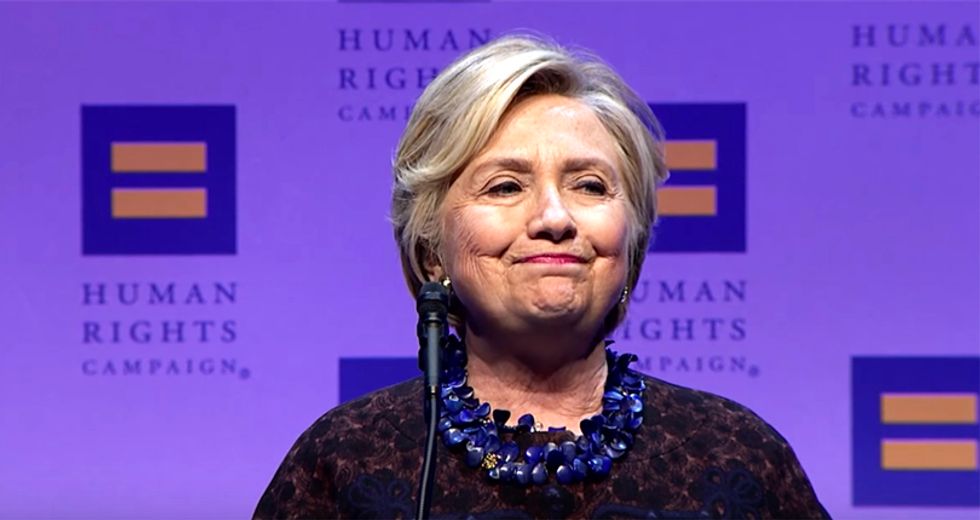 In a speech Saturday night, former Secretary of State Hillary Clinton mocked the political coverage on Fox News, saying they seemed obsessed with impeaching her and driving her from the White House.

The 2016 Democratic presidential nominee spoke at a dinner for the Human Rights Campaign held in Washington, D.C., where she took a few shots at the cable news network that has breathlessly been promoting fake scandals about her all week -- while the Trump White House braces for arrests on Monday.

“It does strike me that in the last few days at least, Fox News seems to think that’s where I live, in the White House," Clinton told the crowd. "Because they spend a disproportionate amount of their time talking about impeaching me.”

“So, look, if they want to make a trade, I’d be more than willing," she quipped. “I would have much preferred to have come to the dinner tonight from a slightly closer residence."

Clinton's comments echo criticism of the cable news network that has been accused of parroting -- and creating -- talking points from the White House communications shop that is seeking to deflect news of coming inducements and arrests.