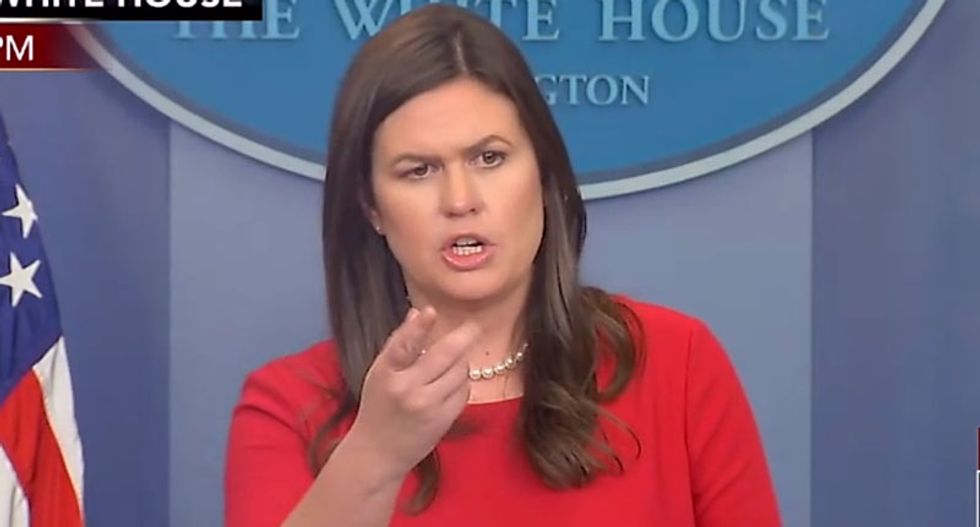 White House Press Secretary Sarah Huckabee Sanders pushed back against almost universal condemnation of President Donald Trump's smear of previous presidents who he accused of not speaking with the families of fallen soldiers.

During a Rose Garden press conference on Monday, Trump deflected charges that he failed to speak with families of Green Berets recently killed in combat.

"If you look at President Obama and other presidents, most of them didn’t make calls” to the families of soldiers who died in combat, Trump claimed, leading a former Obama official to call Trump a "liar" and "a deranged animal."

According to Huckabee Sanders, "The president wasn't criticizing his predecessors, but stating a fact."

You can read her parsing of Trump's comments below.

JUST IN: @PressSec responds to criticism of Trump's comments about past presidents' lack of calls to families of th… https://t.co/0yR8TAIdpa
— Peter Alexander (@Peter Alexander)1508188096.0