BUSTED ON VIDEO: White gun shop owner refuses to sell to black man -- because he might be a criminal 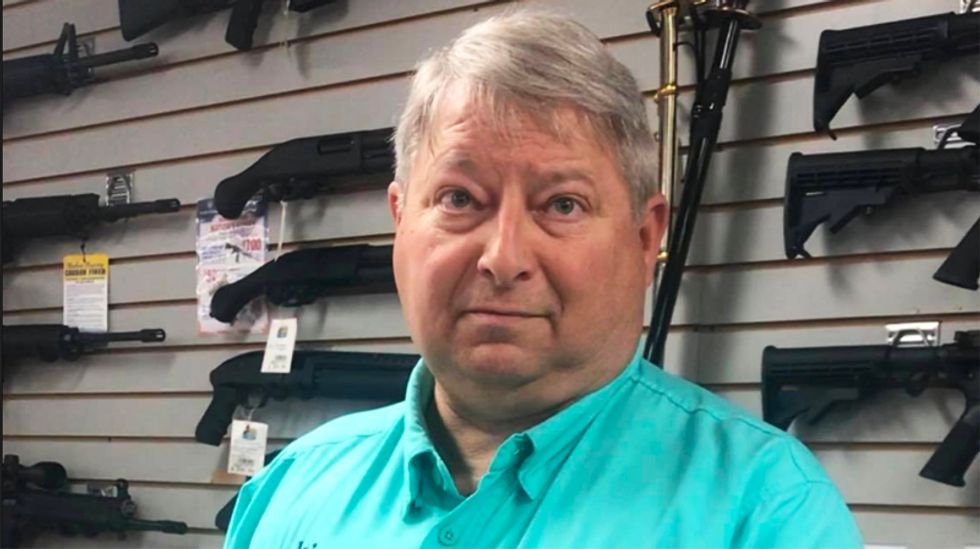 In a video was posted to Facebook, a black activist and performer attempted to purchase a gun from white gun shop owner in Virginia, only to be turned down before even going through a background check.

According to Chris King Mason, he entered Hopkins Gun and Tackle in Richmond, VA. and was refused service almost immediately.

"The the owner of this store refused to sell me any firearms. His reason was simply and I quote 'I will not sell you or your friend any firearms because my reason to believe is that you will sell them to someone else,'" Mason wrote on Facebook. "At first I presumed that he wasn’t serious because I am a regular customer, until he stood by his decision not to sell me anything and ask that I remove myself from the store."

While the owner, Vance Hopkins, isn't heard on the video saying anything about reselling guns, he repeatedly told Mason to leave, going so far as to pick up the phone to call the police.

“I’m not going to sell you a gun. I don’t have to have a reason not to sell you one,” Hopkins said before being asked by Mason if he’s “just stereotyping” him.

“I’m not gonna answer that, that’s crazy,” Hopkins replied. “We have to follow all federal guidelines and we’re not gonna sell you a gun. And if you don’t go ahead and leave the premises I’m gonna call the police.”

"So I just walked in Hopkins Gun & Tackle and before I could say anything this man right here said he would not sell me a firearm. And his reason? What’s your reason again? You don’t need a reason?” explained Mason after turning his cell phone on himself.

Mason then gets another employee of the shop to admit that he has made gun purchases there before.

According to gun news site Bearing Arms, there is some confusion over whether Hopkins is a "racist" or if he is just a "prudent" gun dealer.