Ex-federal prosecutor explains why Trump Jr. could face felony charge -- beyond the reach of a pardon 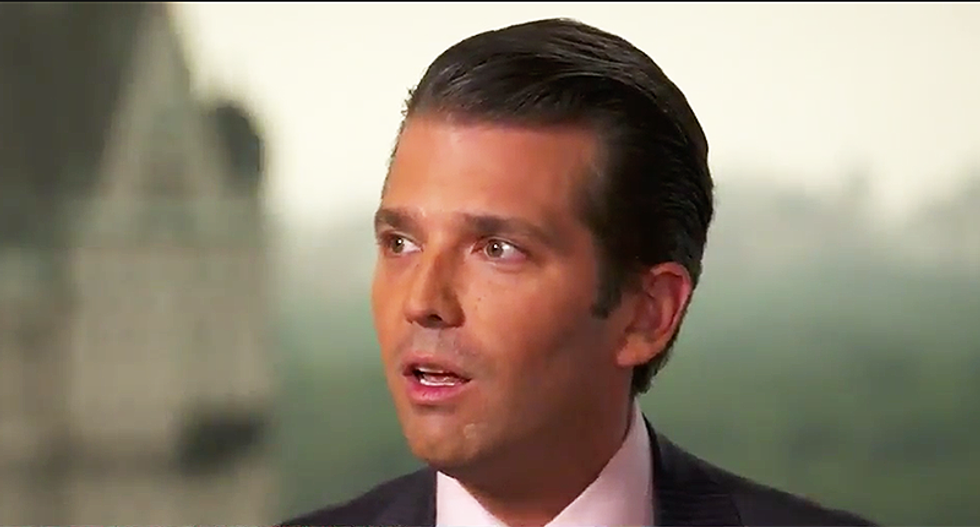 A former federal prosecutor said Donald Trump Jr. could face "significant criminal liability" for his campaign meeting with a Russian lawyer -- who recently revealed new details about their conversation.

"On one hand, she discussed with Trump Jr. the repeal of the Magnitsky Act, which punishes certain Russian officials for a murder," Mariotti tweeted.

Russian president Vladimir Putin responded to the Obama-era sanctions by banning the adoptions of Russian children by U.S. citizens, which Trump Jr. said he discussed with the attorney, and neither the president's son or son-in-law Jared Kushner dispute that the Magnitsky Act came up during the meeting.

@bpolitics 6/ The biggest news in the Bloomberg piece is what she said Trump Jr. would do about the Magnitsky Act.… https://t.co/SkYpJU1M2n
— Renato Mariotti (@Renato Mariotti) 1509979782.0

Trump Jr. doesn't dispute that he suggested a re-examination of the Magnitsky Act if his father was elected, and Mariotti said the president's son quite likely broke the law with his offer.

Mariotti said prosecutors would need to show evidence of a connection between Trump Jr.'s offer and his request for damaging information on Hillary Clinton -- but he said that's not always easy.

"The question is what the Russian lawyer understood Trump Jr. to mean during the conversation," Mariotti said. "Did she think he wanted dirt in exchange?"

Veselnitskaya would not be the best witness, because she may also have broken the law and would present credibility issues as a likely Russian operative, Mariotti said, and Trump Jr.'s attorneys could argue that his offer wasn't an official act because his father was not yet president and he never promised repeal.

"Neither would help him in front of a jury, but the question is whether a judge would toss the case," Mariotti said. "My preliminary take is both of those issues could be overcome by (special counsel Robert) Mueller but that’s fact-specific and I haven’t researched that point.

The president's son could potentially find himself beyond the reach of a pardon, which covers only federal crimes, Mariotti said.