Former prosecutor explains why Flynn might have flipped on Trump: ‘Obviously something changed’ 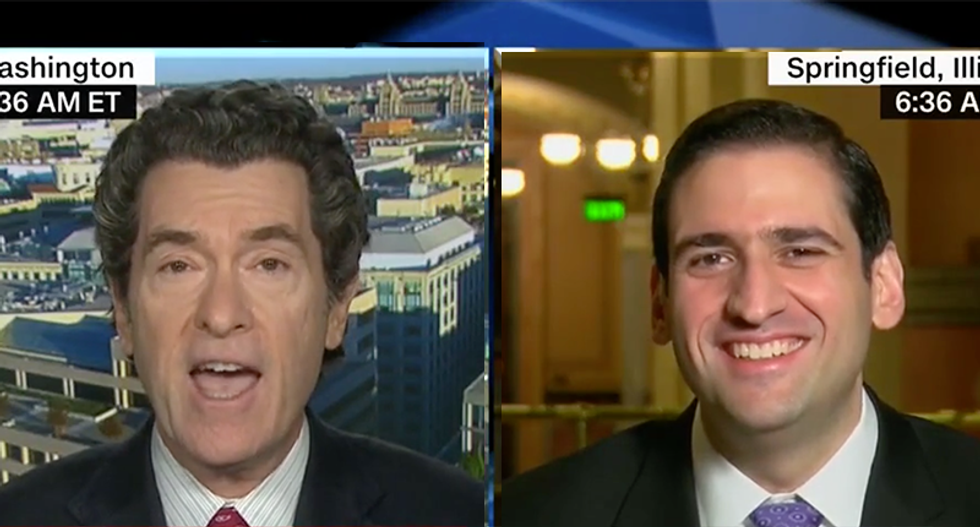 Former prosecutor and candidate for Illinois Attorney General Renato Mariotti appeared on CNN Monday to speculate on why retired Lt. Gen. Michael Flynn and his son might be cooperating with special counsel Robert Mueller.

Flynn had initially said that he had nothing to hide and was willing to make a "deal" with the FBI, but it was refused. With Mueller's investigation, however, Flynn's lawyers have cut off all contact with President Donald Trump's lawyers. Legal analysts say that this is an indicator that Flynn has flipped against Trump.

Mariotti garnered attention last week when he went on a Twitter storm walking through the reason Flynn is now the White House's greatest danger in the Mueller investigation.

"Until now, I thought, frankly, that Flynn's legal team assumed they were getting a pardon," Mariotti told CNN's Alisyn Camerota. "The president, you know, obviously felt strongly enough about Flynn that he reportedly told James Comey he should let the investigation go. So, if I was on Flynn's legal team, I would have been keeping my fingers crossed for a pardon. Obviously something changed."

Mariotti went on to explain that Flynn and his legal team concluded Trump wouldn't issue a pardon. The other problem is that the Flynns could be caught on "a state crime which the president can't pardon."

Former White House Special Counsel for Ethics and Government Reform Norm Eisen called it a clear example that Mueller is "working his way up the chain" of command in Trump's inner circle.

"In my years as a criminal defense lawyer, before I was ethics czar, I often cut these deals," Eisen said. "Invariably, the prosecutors wanted my client, in order to get cooperation, to flip on somebody up the chain. In this case, that means [Jared] Kushner, Don Jr., or perhaps the president himself."

“[Trump] has spoken very highly and favorably [of Flynn],” she said. "He likes him. He respects him as a general. So if you knew you were getting a pardon you would clam up and not cooperate."

Eisen explained that Mueller is applying pressure on Flynn and his son. "It would be awkward for the president not just to pardon Flynn but to pardon his son," he explained. "I think that Robert Kelner, Flynn's lawyer, is a very shrewd operator, has figured out the wisest thing to do now, the surest way to protect his client and his client's son, and that is a common prosecutorial tactic."

"Renato and his colleagues make me sweat by going after my client's spouses and kids. The wisest thing to do now is to take the deal that's in front of him and not count on a pardon that might be uncertain and politically unpopular."