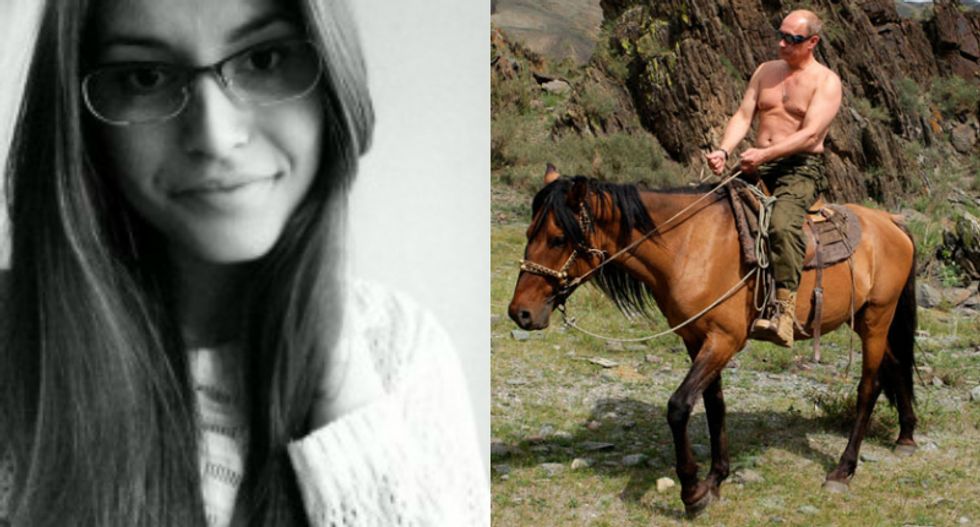 Jenna Abrams' tweets were beloved, at times, by both the alt-right and the celebrity blogosphere. Now, Congressional investigators have confirmed that her Twitter account was actually run out of St. Petersburg, Russia's infamous troll farm.

According to The Daily Beast, the "Abrams" account that initially became famous after "fixing" a nude selfie posted by Kim Kardashian was run, along with thousands of others, by the Kremlin-funded Internet Research Agency. The account, which was supposed to be run by an American blogger, soon pivoted to right-wing rhetoric, including a professed belief in segregation.

Before she became a favorite among the reactionary right-wing set, however, "Abrams’ account built up an image of a straight-talking, no-nonsense, viral-tweet-writing young American woman." After building a following with funny takes on pop culture and feminism, "she would push divisive views on immigration, segregation and Donald Trump" in the lead-up to the 2016 presidential election.

It was on her Medium account last fall that the Internet Research Agency, masquerading as the millennial American blogger, published an editorial titled "Why do we need to get back to segregation."

"Humanity has gone full circle," the Abrams account wrote. "Never mind how many activists of any color died to get rid of segregation, and fought for inclusion, black people want it back. 100 percent free people made their choice, and their choice is segregation."

Abrams was far from the first convincing Russian troll farm account. Last month, The Daily Beast also reported that one account, which posed as a black woman, was retweeted by Twitter CEO Jack Dorsey.