WATCH: CNN’s Cooper battles GOP lawmaker who said Roy Moore's accusers should be prosecuted -- and it's a doozy 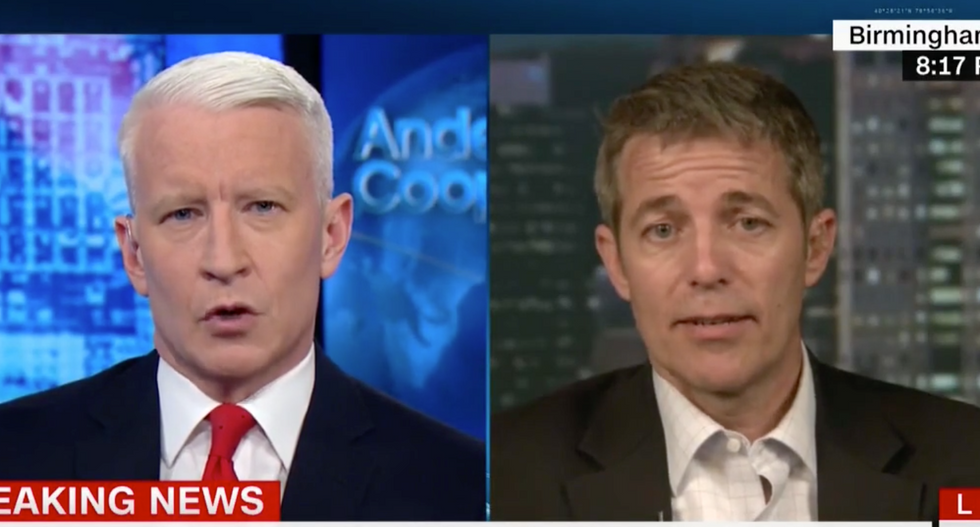 CNN’s Anderson Cooper interviewed Republican Alabama State Representative Ed Henry, whose defense of U.S. Senate candidate Roy Moore on Friday resulted in him suggesting “someone should prosecute” the victims who “are guilty of allowing him to exist for 40 years.”

Between charging that his quote was taken out of context and claiming that Moore is a “victim” of politically motivated attacks, Henry accused Cooper of siding with the women who charged Moore with inappropriate sexual acts.

When Cooper explained that he’s just asking questions, Henry replied: “I would say your questions have a tone to them.”

The Alabama state representative also charged “the left” with “hate mongering,” adding what shocks him is they “[seem] to be all ‘flower child, oh we love peace and everybody’,” but when people “say something they don't like they're willing to kill you and that's scary.”

“My grandfather used to have a nice quick quip about a frog and if he has wings,” Henry offered. “But here's the thing, frog doesn't have wings and for you to comment on it makes you as foolish as the question.”