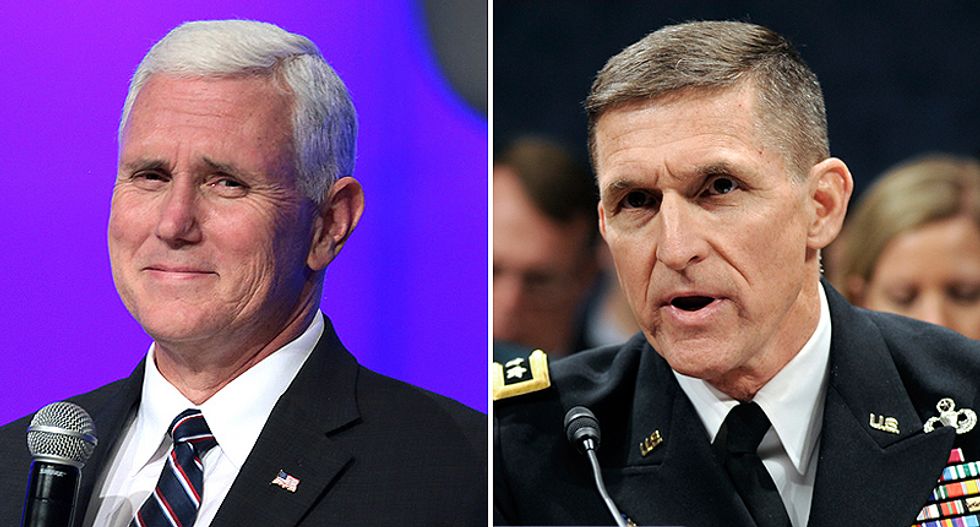 CNN anchor Chris Cuomo noted that it's a "bad or worse proposition for Pence," who was either clueless or lying. New questions are surfacing about what exactly Pence knew and when he knew it. Specifically, Congress is curious about Flynn's contacts with Russia "about the meeting that Donald Trump Jr. was so anxious to have," Cuomo continued.

Jeff Zeleny reported that there are new questions about Pence's meeting with the Russian ambassador and that it's causing "anxiety within the president's inner circle, that he will eventually be called for an interview with the special counsel."

Court documents that were unsealed last week revealed Trump advisors talking about Flynn's calls with Sergey Kislyak over U.S. sanctions. While Pence's aides have said that he was unaware of any conversations had, the special counsel is likely curious how Pence could not have known. MSNBC's Rachel Maddow specifically noted that Flynn's plea agreement points directly to Pence's involvement.

According to the timeline, on Dec. 20, Pence held a national security meeting at the transition offices in Washington. On that same day, former President Barack Obama approved new sanctions against Russia for meddling int he 2016 election. Trump even addressed the sanctions. At that point Flynn called transition advisor K.T. McFarland at Mar-a-Lago with other transition officials to discuss the sanctions. Flynn then called Kislyak.

It was 16 days later when Pence called Flynn to personally ask about contacts with Kislyak. He then went on "Face the Nation" and claimed that he didn't know of any contact.

You can watch the full timeline of Pence's involvement below: