'Horrific': Morning Joe rips Stephen Miller for embarrassing himself on CNN to 'excite' the president 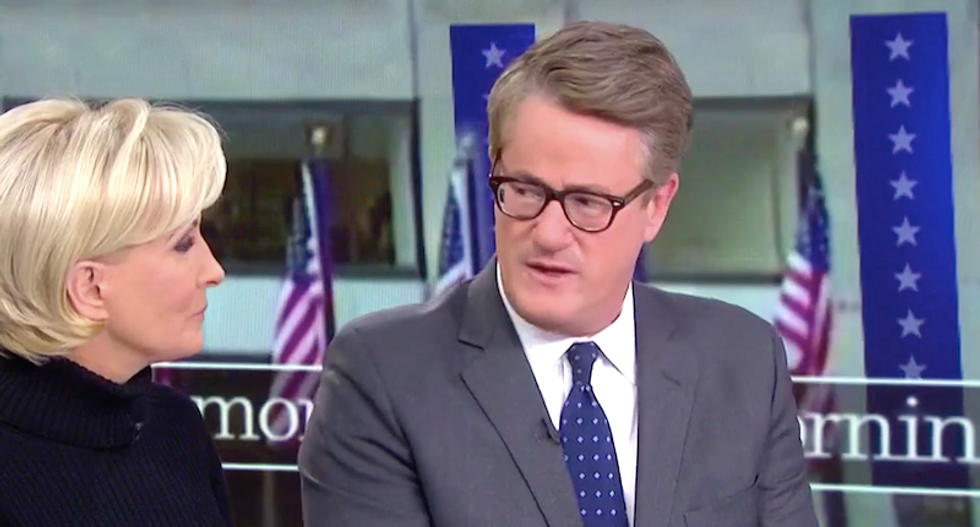 "We saw that last season, in the debut season of 'Trump: The Presidency,'" Scarborough said. "I already saw that Stephen Miller episode."

Miller was widely panned for an early round of interviews just weeks into the administration, but Scarborough told MSNBC analyst Elise Jordan this weekend's appearance -- which ended with him being reportedly escorted from CNN by security -- signaled a new low.

"When you worked, Elise, for other presidents and the State Department, we would actually send people that worked for the United States of America on Sunday shows to send messages to friends and enemies alike across the globe," Scarborough said. "Now we send -- the White House sends people out just to kiss up to the president of the United States, and what's so remarkable, everybody knows that is the only purpose. It is, as Jake Tapper said, to be obsequious and humiliate yourself in hopes that the president will be excited."

MSNBC's Mike Barnicle said the Miller's willingness to debase himself and the White House was pathetic.

"It was horrifically embarrassing," Barnicle said.