'Would a sane person ever say that?’: Lawrence O'Donnell nails why Trump's 'least racist' claim is the latest sign he's mentally unfit 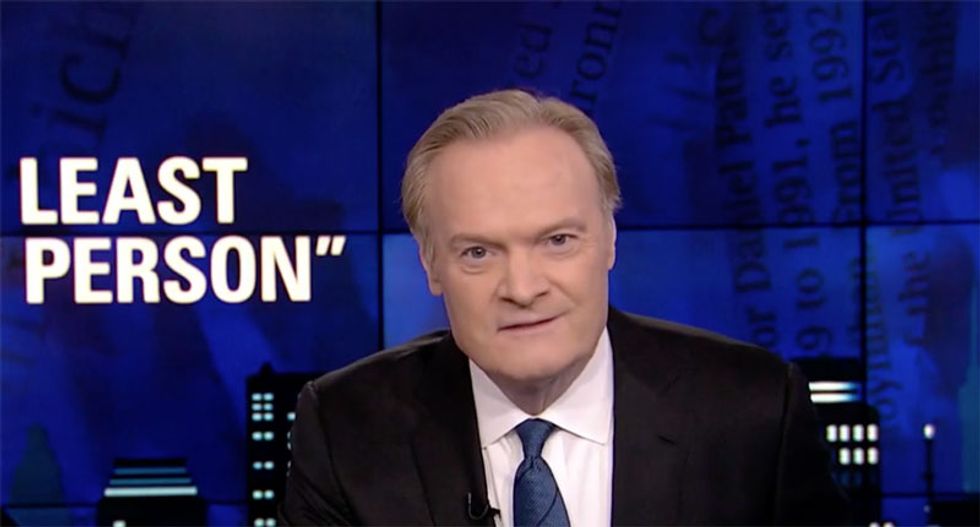 "So one of the most overtly racist presidents since the abolition of slavery says I'm not racist," O'Donnell noted.

"Because he is, and has been for decades, a deeply dysfunctional pathological liar, he has no idea that saying, 'I am the least racist person' not only does not sound believable, it does not sound sane," O'Donnell suggested.

"Would a sane person ever say that?" O'Donnell asked. "Would someone who is not a racist ever say, 'I am the least racist person?'"