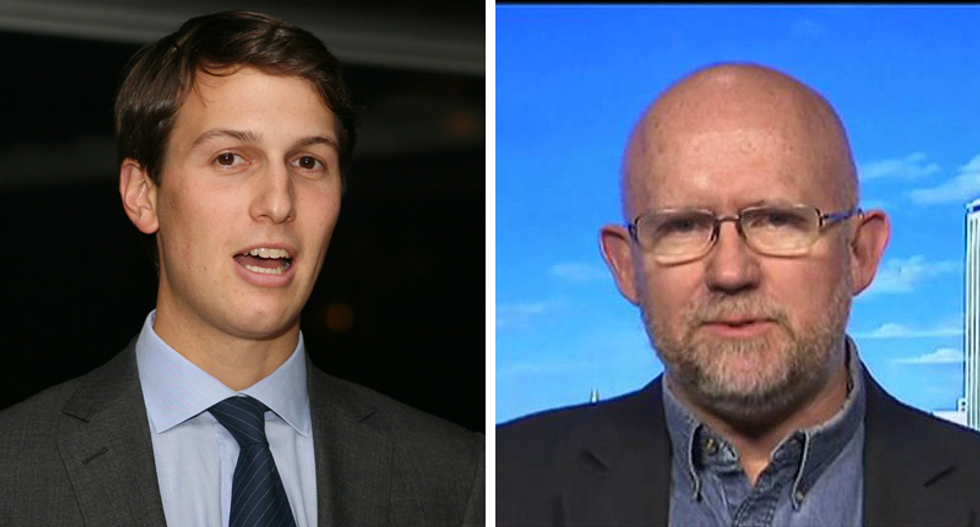 Wilson was reacting to a series of reports about Kushner’s role in the White House, including a move by Trump’s chief of staff John Kelly to downgrade the aide’s security clearance. It’s hard, Wilson noted, to obtain a top secret security clearance in the first place.

“It’s even harder when you’re a corrupt, entitled snake who repeatedly lies about your finances to federal investigators and serves as a living, breathing poster child for privileged venality,” Wilson wrote in an op-ed for the Daily Beast. “It’s even harder when you’ve rather clumsily attempted to use both your familial relationship and proximity to the president of the United States to save your family’s failing real estate empire.”

Noting Kelly—who “compromised himself and his supposed values to accommodate and indulge President Trumphausen’s various whims, impulses, urges, feuds, and paranoid episodes"—finally decided to revoke Kushner’s access to top secret U.S. intelligence, Wilson pointed out Kushner has already had plenty of access to the nation’s most sensitive information.

“What he knows after a year in this position makes him the juiciest intelligence target in the world,” Wilson said.

Wilson described Kushner as “a man who needs a billion dollars fast, and is willing to cast shame on the winds to get there.”

“The stench of his venality and desperation hangs around him like stripper perfume, cloying and obvious,” the GOP strategist wrote.

“Even his simpering beta-male, child-voiced affect couldn’t hide his spectacular reach and overpowering thirst for the power, influence, and financial rewards of Washington,” Wilson added.

Wilson pointed out Trump now has the option of following Kelly’s advice or bowing to “the simpering ‘But Daaaaaaaady’ whinge of Princess Ivanka and restore Jared to his full suite of security clearances."

“This battle was only ever going to end one way, and in the war of the Deep State vs. Team Trump, the bad guys often make it easy by being greedy, sloppy, and stupid,” Wilson wrote. “Jared was all three.”