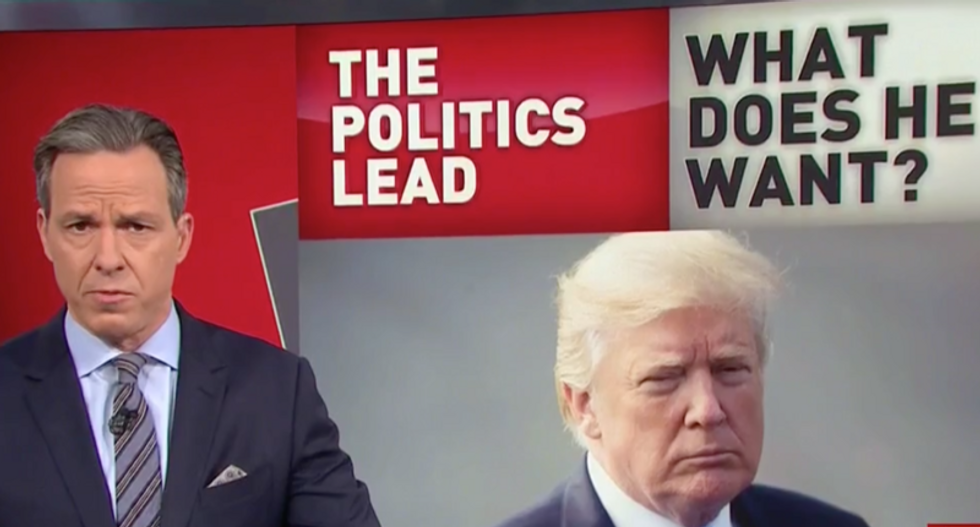 CNN’s Jake Tapper on Monday hit Donald Trump for claiming he would have run into Marjory Stoneman Douglas High School, unarmed, to intervene during the deadly mass shooting earlier this month, noting the president received multiple deferments to avoid serving in the Vietnam War.

“President Trump says he would have rush in the to stop the Florida gunman even if he weren't armed,” Tapper began on “The Lead” Monday. “His military academy classmates who served in Vietnam could not be reached for comment.”

“President Trump is pushing ahead on his proposals to try to prevent any further mass shootings in this country and he is railing against the police handling of the Parkland tragedy,” an incredulous Tapper said. “Today, President Trump said the school officer on the scene ‘choked’ and he declared that he, the President of the United States—and former military academy student who repeatedly sought deferments to avoid service in the Vietnam War—he would have run into the building, even if he didn't have a gun.”

Trump received four college deferments while receiving his undergraduate degree at Wharton. He later received a “minor medical deferment for bone spurs,” according to a statement from the Trump campaign.