'Like an extra dollop of gruel': Joy Reid slams Paul Ryan for his gleeful tweet about a $1.50 per week raise 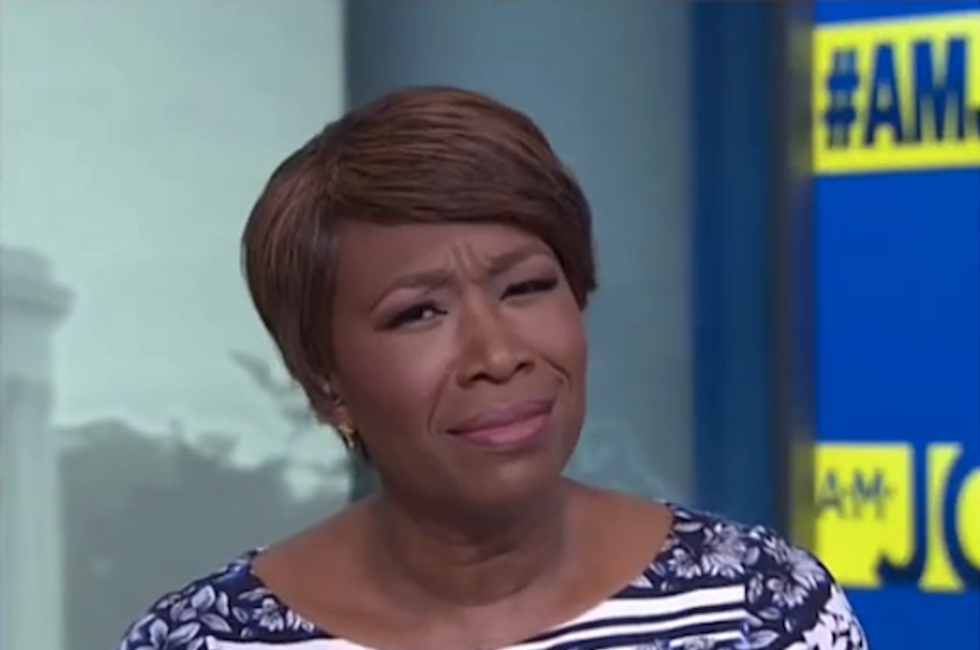 While most of the internet got in their shots at Republican House Speaker Paul Ryan's tone-deaf tweet on Saturday that hyped the GOP tax cut with an apocryphal tale of a school employee was thrilled at seeing $1.50 more in her paycheck, MSNBC host Joy Reid had to wait until Sunday morning to literally roll her eyes at the lawmaker.

Sharing a screenshot of the tweet -- because Ryan or his social media person deleted it after a massive backlash -- the MSNBC host lambasted the Republican by comparing him to a Dickensian villain.

"Ryan quickly deleted the tweet," the AM Joy host deadpanned. "But it did not stop him from being dragged on Twitter for the rest of the day. His gaffe came a day after the stock market took its biggest dip in two years."

"It's interesting that Trump, so quick to credit when the market is booming, has been conspicuously silent about the drop," she added.