'How do you look your daughters in the face?' AM Joy guest lectures Kellyanne Conway for defending sex abusers 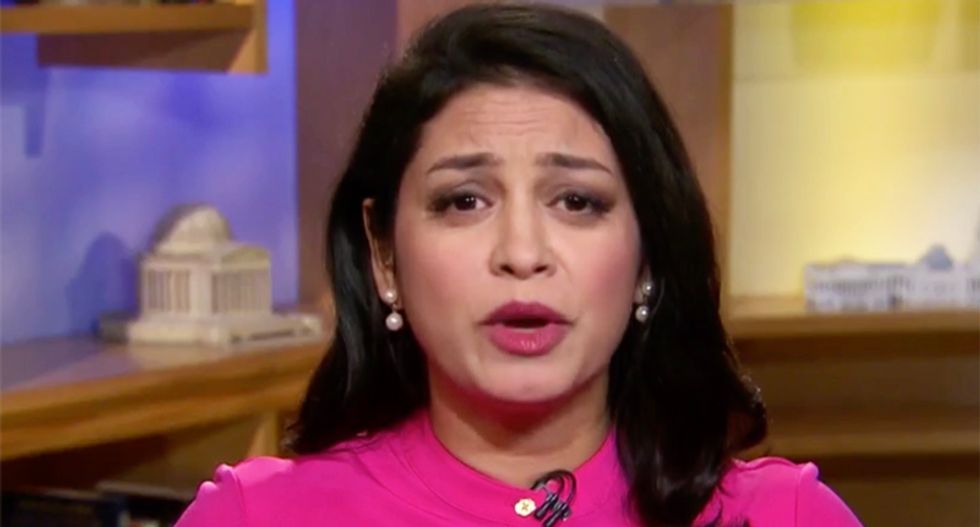 Political commentator Anushay Hossain launched a blistering attack on Counselor to the President Kellyanne Conway on MSNBC Sunday morning for defending the White House's handling of an aide accused of beating his former wives.

Appearing on AM Joy, Hossain called on Republican women to abandon their party due to its "sexist, racist misogynistic" ways, before she turned to Conway who was making the cable show rounds Sunday morning explaining how the White House stance on Rob Porter's dismissal.

"This says what I always knew," Hossain began. "This is a sexist, racist misogynistic administration and government. I want to take this opportunity to say to GOP women: get out. This is your time, this goes beyond partisan politics. This is not about what Democrats and Republicans do. This is about violence against women. "

Hossain then turned her ire on Conway's defense of the scandal.

"I don't know how Kellyanne Conway looks at herself in the mirror," she stated. "I don't usually pull this card but, as a mother, how do you look at your daughters in the face? We're at a cultural shift, a turning point for women's rights and violence against women. GOP women, you've got to get out. Trump is not about anything else more than misogyny."