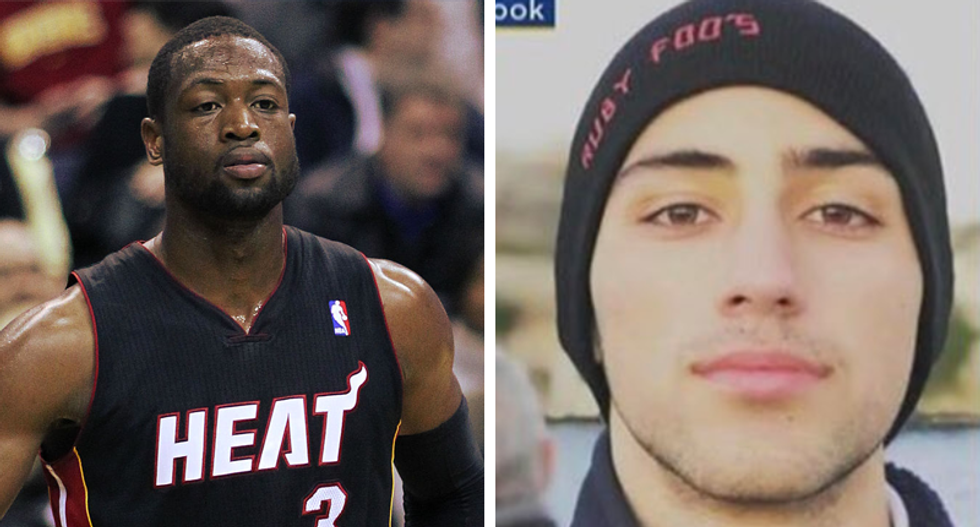 Shortly thereafter, Wade took to Twitter to say of the revelation, “you’re about to make me cry this afternoon.”

"You really can't put that in words,” Wade later told reporters . “You hurt for the family. If you ever get the opportunity to speak to them, you just try to hope the time where he was alive that you were able to bring some type of joy to his life and something memorable. A story that his family and you guys can talk about."

Dwyane Wade shares his thoughts on 17-year-old Joaquin Oliver, a victim of the Stoneman Douglas High School shooting, being buried in his jersey
(via @MiamiHEAT)https://t.co/ArBGEU5IBB pic.twitter.com/GT6C8QQi6P

"Like I said, I retweeted on Twitter, you're going to make me cry,” Wade expanded. “It's emotional even thinking about that, that his parents felt that, buried him in my jersey was something that he wanted. I take pride in what I've done in this state and what I've meant for the youth. I appreciate it.”

A few hours later, Wade posted a photo in honor of Oliver, telling his followers the young fan’s death is the reason “why we will not just shut up and dribble.”

This is Joaquin Oliver. He was one of the 17 young lives that were lost tragically at Douglas HighSchool in Parklan… https://t.co/blkOJbTh4R
— DWade (@DWade) 1519686854.0

Wade’s comment was a reference to remarks made by Fox News host Laura Ingraham, who earlier this month attacked NBA superstar Lebron James after he claimed Donald Trump “don’t give a f*ck about the people.”

"It's always unwise to seek political advice from someone who gets paid $100 million a year to bounce a ball," Ingraham said in response. "Keep the political comments to yourselves.”

“Shut up and dribble,” she added.

Wade had previously taken on Ingraham, tweeting shortly after her remarks, “They [used] to try and hide it... now the president has given everyone the courage to live their truths.”