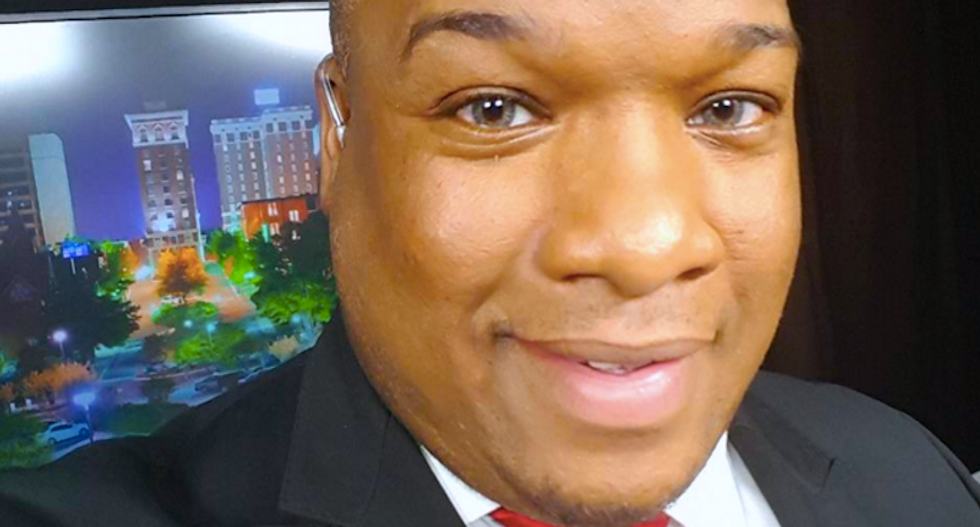 Televangelist Mark Burns has entered the race for the South Carolina congressional seat held by Rep. Trey Gowdy (R-SC), who is retiring.

The black pastor frequently appears on TV to support President Donald Trump, and he plans to campaign heavily on his close relationship with the reality TV star-turned-president, reported NBC News.

Burns rose to national prominence with his early support for Trump, and he was one of the most visible African-American backers of the Republican candidate during the 2016 election.

MSNBC host Joy Reid kicked Burns off her program last month during an argument over Trump's "sh*thole" insult against African nations and Haiti, which he also defended during a shouting match the night before on CNN.

Burns has admitted to exaggerating his college and military service records but blamed the media for reporting those misrepresentations, and he was also forced to apologize during the presidential campaign for tweeting an image that depicted Hillary Clinton in blackface.

He also suggested MSNBC host Stephanie Ruhle could be accused of sexual misconduct during his on-air defense of failed GOP Senate candidate Roy Moore against child molestation claims, and he once urged Sen. Bernie Sanders (I-VT) to convert to Christianity.

Gowdy was first elected to Congress as part of the Tea Party wave in 2010 after defeating incumbent Bob Inglis in the GOP primary, and he became known for his dogged investigation of Benghazi.

He helped uncover the private email server that became a major campaign issue for Clinton and sparked an FBI investigation that was briefly reopened just days before the November 2016 election.

Gowdy announced recently that he would not seek re-election to Congress but hoped to return to the judicial system, where he once served as a prosecutor.