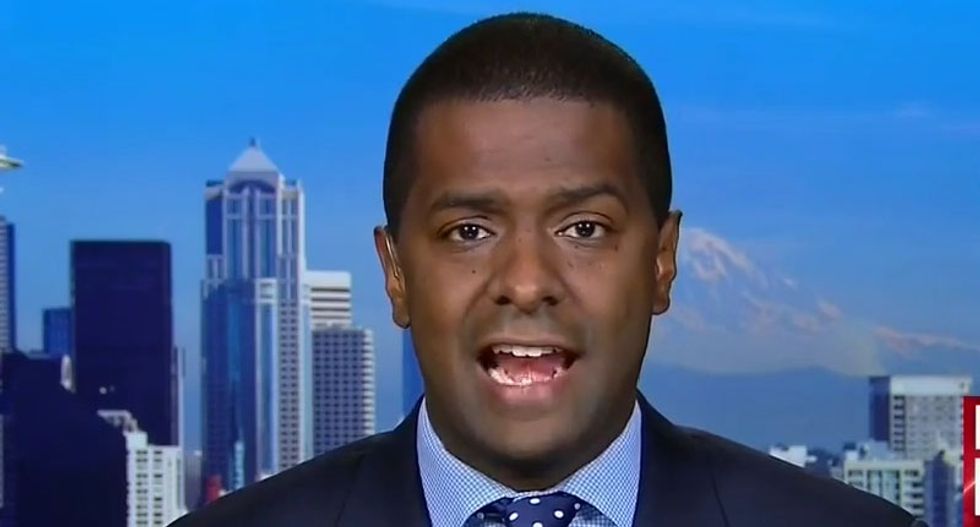 Both President Donald Trump and his chief of staff John Kelly are furious about the leaks that the president ignored intelligence briefings that suggested he not congratulate Russian President Vladimir Putin on his reelection. But Democratic strategist Bakari Sellers thinks the leak might have come from Trump's own national security team.

"First, you have the leak," Sellers began."And we all believe and all know with a good deal of certainty that it came from the national security apparatus and came from someone on H.R. McMaster's team and likely because of the fact that they are tired of the president undermining their work to contain Russia, to punish Russia and have a strong front against Russia. I think hr McMaster, to his credit has taken on the tried and true professional method of YOLO," which stands for 'you only live once.'

Sellers noted that McMaster likely feels like he's always under attack and "there is one way he is able to fight back and say they are not doing what they should be doing, that being the president, to protect the best interest of the United States."

His second point was that the American public deserves not merely a president but all leaders to be capable of standing up for the best interests of the American people.

"To congratulate a thug a dictator, who is practically a gas station right now with a nuclear bomb, after they've done things like meddle in our election, meddle in other country's elections and you have a nerve agent or nerve gas attack on an ally's soil, to not even bring these things up, I believe is malpractice and malfeasance. The American public deserves to know this. They can find the leak if they want to, but I'm more concerned about the president's acquiescence to Vladimir Putin's wishes."

CNN host John Berman noted that in 2012 then President Barack Obama also congratulated Putin on his win, but Sellers noted the difference is that Obama also hit back harder than Trump against Putin with sanctions that nearly bankrupted their country and expelled two dozen Russian embassy staff and Russian leaders.

Obama, by contrast, gave his congratulations prior to Russia hacking the U.S. election in 2016. Trump, by contrast did so after the meddling. As well as mere weeks after Russians killed a former Russian citizen on British soil.

"When you look at the totality of the circumstances, there's no question that Barack Obama he should have done more, but he also did more than this president is doing to protect our interest," Sellers closed.

Chief of Staff John Kelly was reportedly furious over the leak.