GOP strategist hilariously nails why Laura Ingraham stepped in it with Parkland teens: 'She has the right to be stupid' 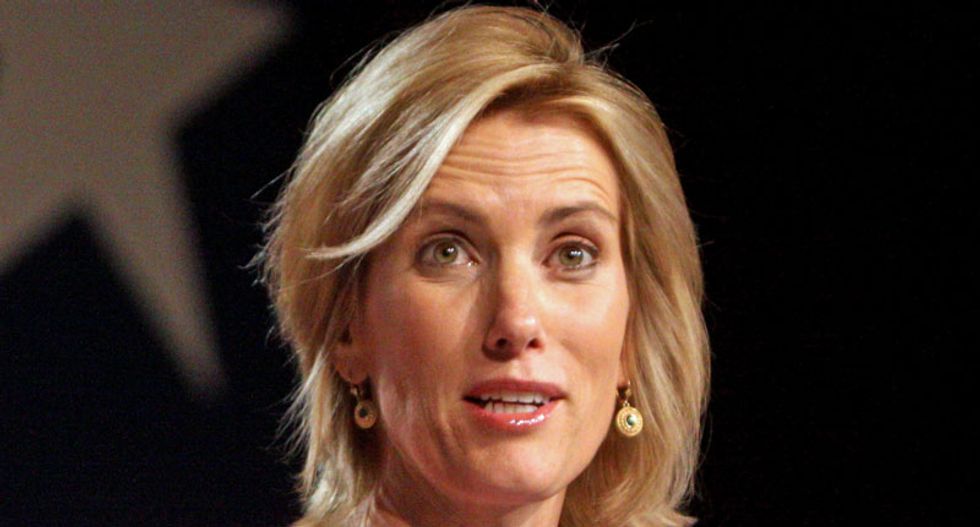 The advertising boycott roiling Fox News over personality Laura Ingraham was a self-inflicted mistake, a MSNBC panel explained on Saturday.

"Laura Ingraham is taking a week-long hiatus from her Fox News show, which she says was a preplanned Easter vacation," MSNBC anchor Alex Witt reported. "This as advertisers take a more permanent break from her program after Ingraham mocked Parkland survivor David Hogg."

"This is not the first time that Ingraham has courted controversy," Witt reminded. "She told LeBron James just to shut up and dribble."

"So why even pick a fight with a school shooting victim?" Witt asked Republican strategist Evan Siegfried.

"This is a pattern that many right-wing hosts have undertaken," former Hillary Clinton aide Adrienne Elrod suggested. "They'll go out, say something to the extreme that generates excitement and enthusiasm among the right-wing base in their viewers and then they apologize and they basically get to go back on air and move forward as if nothing happened."

"The thing that we're finally seeing now is that advertisers are coming forward and saying, 'You know what? We don't care if this impacts our bottom line, we're pulling our ads from this program because we absolutely cannot stand with the host who will say this sort of extreme things,'" she continued. "That's where you'll see the trajectory of this pattern change."

"People like Laura Ingraham, propping up the Second Amendment and propping the NRA for decades are now realizing, 'oh my gosh, these 17-year-old kids are far more effective messengers than we are!' I think they're having a difficult time coming to terms with it and that's why you're seeing them say this extreme things," Elrod concluded.