'A ridiculous pick': Conservative columnist shreds booted Tillerson -- and the GOP that rubber-stamped him for Trump 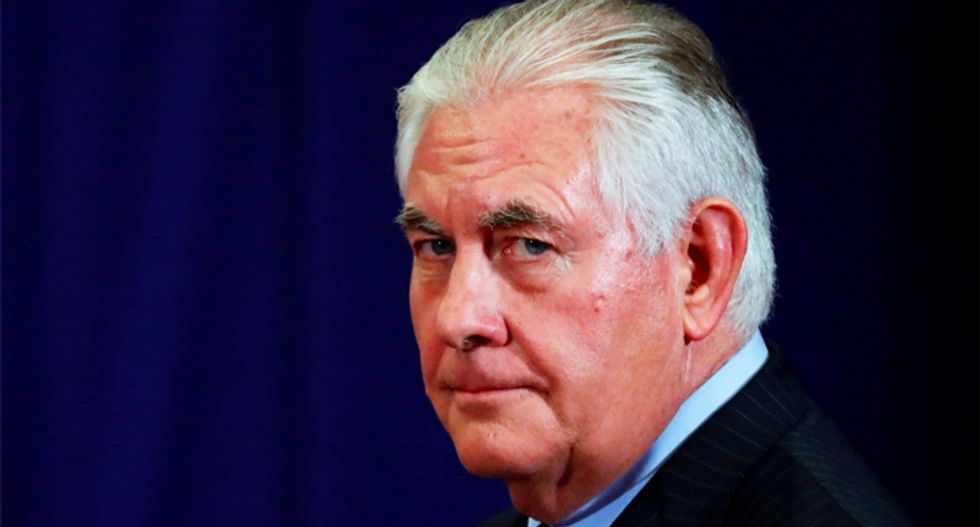 Reacting quickly to the unceremonious firing of now-former Secretary of State Rex Tillerson, conservative columnist Jennifer Rubin called the former Exxon executive a "ridiculous pick" from the start and criticized GOP lawmakers who gave a thumbs up to President Donald Trump's quixotic choice to head the State Department.

Under the cheeky headline, "Tillerson is put out of his misery," Rubin said the Tillerson firing was "was a long time in coming," and that he had been hamstrung by a chaotic White House, adding to tensions that were exacerbated after he reportedly called Trump a "moron."

"Tillerson was arguably the weakest secretary of state in the post-World War II era. He oversaw a failed reorganization effort at Foggy Bottom, which depressed morale and led to an exodus of veteran diplomats," Rubin wrote. " His aversion to the press and to the role of public diplomacy more generally, as well as his frosty relationship with Congress, indicated that he never made the successful transition from oil executive to the country’s lead diplomat."

Pointing to former ambassador Eric Edelman saying, "Tillerson’s tenure will be a little remembered footnote in America’s diplomatic history like the brief undistinguished tenure of Edward Stettinius (another corporate executive who proved to be a diplomatic failure)," Rubin added, "In retrospect, it was a ridiculous pick. At a time of multiple, complex threats, hiring someone with no public service experience at all, let alone State Department service, was reckless in the extreme."

Rubin then turned her ire to the GOP senators for giving a thumbs up to an oil executive with no foreign policy background.

"GOP senators, including [Arkansas Senator Tom] Cotton, Marco Rubio of Florida and Ted Cruz of Texas, who claim to be foreign policy gurus, were equally foolish in confirming him after an embarrassing performance during his confirmation hearing," she wrote.

"Any secretary of state would face herculean challenges under a president who is as impulsive, ignorant and weirdly obsequious toward America’s great international foe — Russia — as Trump is," Rubin explained. "Trump has installed a disproportionate number of military and ex-military officials in key roles, putting those who deploy soft power at a severe disadvantage. If Pompeo, who does enjoy Trump’s trust, can elevate the profile of the department, improve morale, steer Trump away from international disasters and reestablish the essential role of human rights in our foreign policy, he’ll earn our deep gratitude. He surely will not have an easy time of it."

You can read her whole piece here.