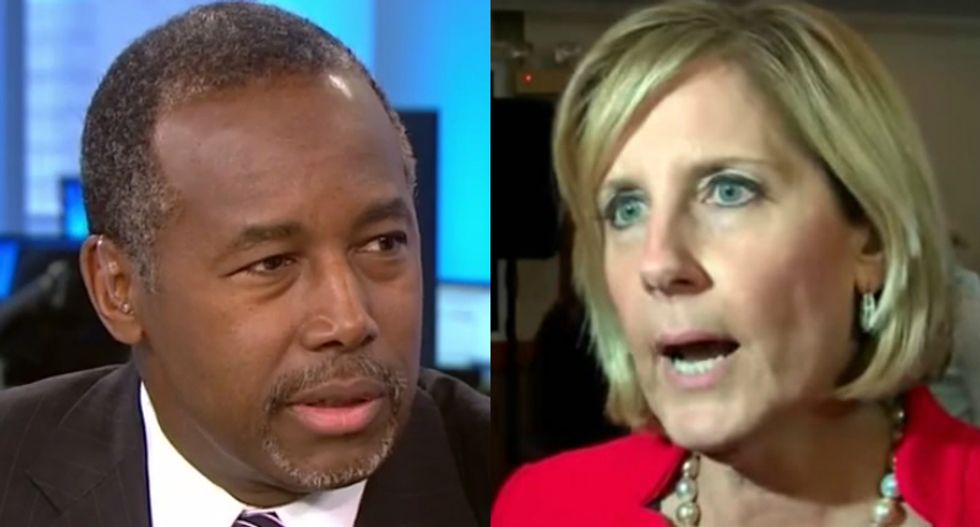 The Daily Beast reported Wednesday that Tenney referenced a nameless staffer when discussing the Carson debacle on upstate New York radio show "Talk! Of The Town."

"[Carson's] staffer, one of his key people, was in my office the other day to talk about some of the housing issues that we have in our region and we were talking about that and he said ‘you know, that’s the most…,'" the congresswoman began before trailing off.

"Somebody in the Deep State, it was not one of his people apparently, ordered a table, like a conference room table or whatever it was for a room,” she said, picking up steam again. “And that’s what the cost was. Ben Carson tried to—he said 'you know how hard it is to turn it back because of the way that the procurement happens?'"

Carson, the Beast noted, told the House Appropriations subcommittee on Tuesday that his wife was responsible for picking out the expensive set and paying for it with government funds.

Later in the interview, Tenney insisted that she knows Carson “did not order that table."

“It has nothing to do with him," she said. "He comes from, you know, poverty.”

This is far from the first time the New York Republican has drawn attention for outlandish comments. Earlier in March, she was filmed yelling "fake news" before running away from a reporter who asked her to clarify her remark suggesting mass shooters are typically Democrats in the wake of the Parkland massacre. In February, she criticized special counsel Robert Mueller's symbolic indictment of 13 Russian individuals before admitting she hadn't actually read the documents in question.

Listen to Tenney's interview below: