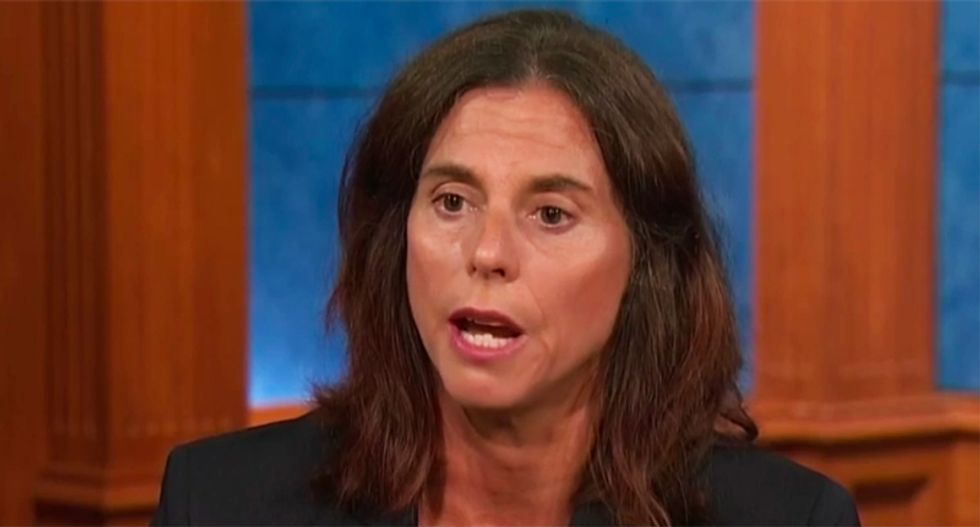 In an editorial posted Friday morning, the online opinion editor of the Washington Times doubled down on the attacks on Parkland massacre survivor David Hogg, equating him with Nazi brown-shirts in an attempt to diminish his influence.

In her op-ed Chumley wrote: "David Hogg, the Marjory Stoneman Douglas high-schooler who seems to have set himself up as Laura Ingraham’s arch nemesis, has been making national television rounds of late, pretty much calling for adults to step aside and let the teenagers rule — because hey, who knows better how to run a country than a kid."

She then explained that calling for a boycott was the moral equivalent of being a fledgling Nazi.

"Hogg would’ve made a pretty decent brownshirt back in the pre-World War II day," she wrote. "Those are the National Socialist party people who ran around Germany strong-arming and bullying and intimidating the general populace into accepting the goals of the Nazi organization. Not saying Hogg’s one now — goodness, no. There are advertisers to consider, of course."

What apparently put Chumley over the edge, was that fact that Hogg said he didn't accept Ingraham's belated apology, coming after advertisers began fleeing her show.

"Here’s how he responded, she wrote," 'I 100% agree an apology in an effort just to save your advertisers is not enough. I will only accept your apology only if you denounce the way your network has treated my friends and I in this fight. It’s time to love thy neighbor, not mudsling at children.'"

"Whaah," Chumley commented. "Advertisers should have more guts than to cave on a matter so minute as Hoggs’ hurt feelings. Ingraham’s apology was far above what he deserved. And if Hogg wants to be taken seriously and regarded as a leader of movement against violence, he needs to drop the brownshirt-type bully tactics and toughen his skin."

As one commenter noted in the Washington Times' comments: "Hilarious! Rightwingers love to demonize Americans but when Americans fight back they magically become 'Brownshirts (which is also hilarious considering how Trump called the Charlottesville Nazis 'very fine people). This is what happens when there is no leadership in Washington. When there's no president and the congress is a bunch of emasculated Ken-doll Republicans, then young Americans step up to fill the vacuum."

You can read Chumley's screed here.