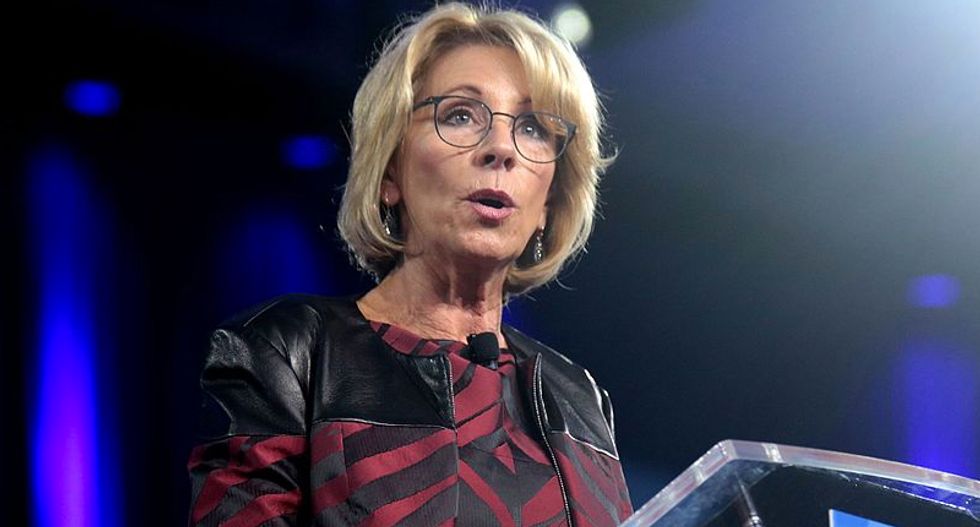 The GOP-led Oklahoma legislature has offered teachers 60 percent of their requested raises, but they've refused to meet the demand for better school funding. So, teachers are holding out, demanding funds go directly into the classroom.

Yet, Education Secretary Betsy DeVos implied that teachers in the state aren't working for the students. The Dallas Morning News caught a comment from the billionaire charter school funder while she was touring a Dallas middle school.

“I think about the kids,” DeVos claimed. “I think we need to stay focused on what’s right for kids. And I hope that adults would keep adult disagreements and disputes in a separate place, and serve the students that are there to be served.”

The statement seems to be making the case that DeVos doesn't believe the striking teachers are serving the "students that are there to be served."

The comments come just after Gov. Mary Fallin (R-OK) called the teachers "teenagers" who "want a better car," because they refused to accept the plan that the GOP passed. Teachers have asked for at least a $200 million increase to education funding that Republicans have slashed over the past 10 years. According to polls from the Oklahoma Educators Association, 93 percent of Oklahomans support the striking teachers. 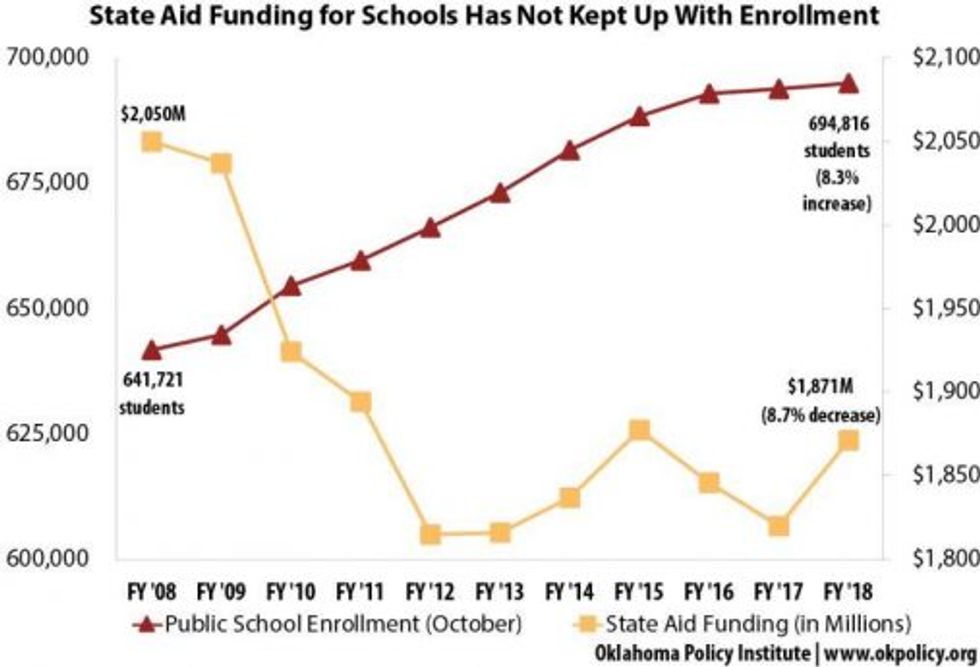 Neither DeVos nor Fallin are the first Republicans to disparage the striking teachers. One Republican had a tantrum on the House floor, while another claimed they were paid actors. The Oklahoma legislature holds as 17 percent job approval and the governor a mere 18 percent.