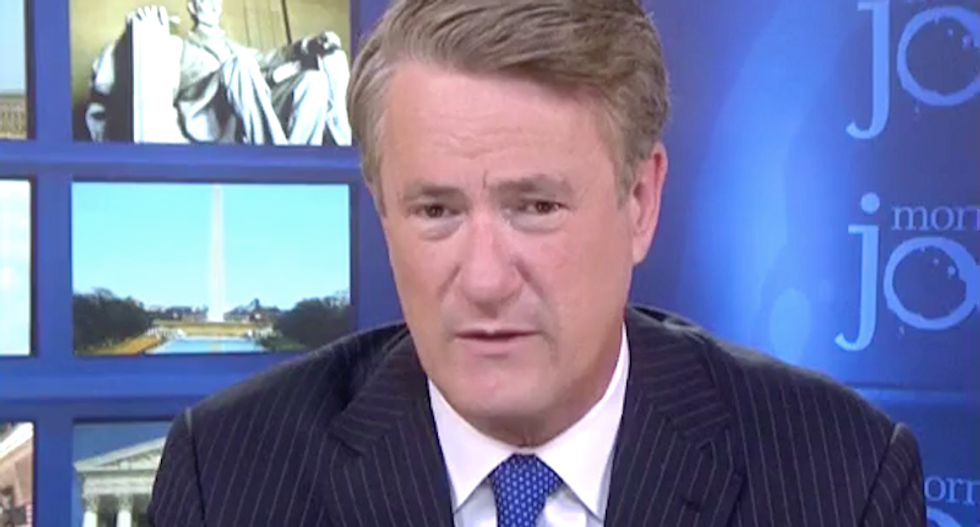 MSNBC's Joe Scarborough ripped up President Donald Trump's panicked claims about a "witch hunt" in the wake of a no-knock FBI raid on his longtime attorney Michael Cohen.

The "Morning Joe" host pointed out that nearly every official involved in executing the search warrant was a Republican, and several were appointed by Trump himself.

"I know this will shock a lot of people that watch our show and that follow Donald Trump every day, but he said so many things yesterday that need a little bit of clarification," Scarborough began.

The president complained during a Cabinet meeting Monday, after news of the raid broke, that he was the victim of a political witch hunt that began when he won the Republican presidential nomination, but Scarborough walked through each of the key players in the raid to knock down Trump's claims.

"Just in case you want to know who these witches are, that Donald Trump says are coming after him, they're Bob Mueller, a Republican, this is the conspiracy," he said. "You've got Rod Rosenstein, who was screaming about yesterday. He's a life-long Republican, despite the fact that Donald Trump called him a Democrat from Baltimore. The attorney general, Jeff Sessions, who he was raging at -- you and I both heard not only Donald Trump, but Jared Kushner (call him) the greatest, most stand-up guy, best Republican ever during the campaign. He, he is also this conspiracy, a Republican."

Scarborough pointed out that Berman had actually contributed $5,400 to Trump's presidential campaign, and he reminded viewers that Trump had been a Democratic donor until fairly recently.

"These are Republicans," he added. "Most of these players that Donald Trump is attacking were appointed by Donald Trump, and this was executed yesterday by a Giuliani man, who gave $5,400 to Donald Trump, was just appointed in January, and is a Trump guy through and through."