'This is a tragedy': MSNBC's GOP analyst blasts Trump for sounding like 'a drunk guy in Queens' during tax speech 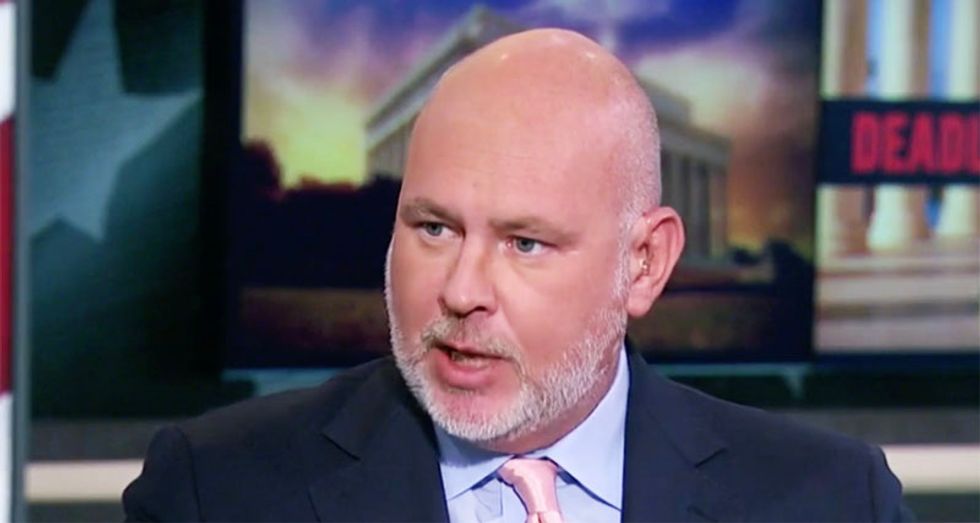 Referencing Trump's statement about a so-called migrant "caravan" — a Fox News talking point that has since been debunked as an annual activist publicity stunt — being full of sexual assault, Schmidt said the remarks showed an "appalling lack of dignity."

"That's the president of the United States of America," the Republican strategist said. "It's just extraordinary."

During the comments, which took place at a roundtable discussion that was supposed to be about taxes on Thursday, Schmidt said Trump's sounded "like a drunk guy in queens at the end of the bar talking complete and total nonsense."

"It's inherent racism, this notion of people are coming here and they're black and they're brown and they're rapists and they're murderers," Schmidt said. "That's what this is. That's what he's doing he is speaking to the ugliest threats in the country's history."

"He has no conception about the greatness of the country and why it's great," the GOP operative said. "And that is a tragedy."