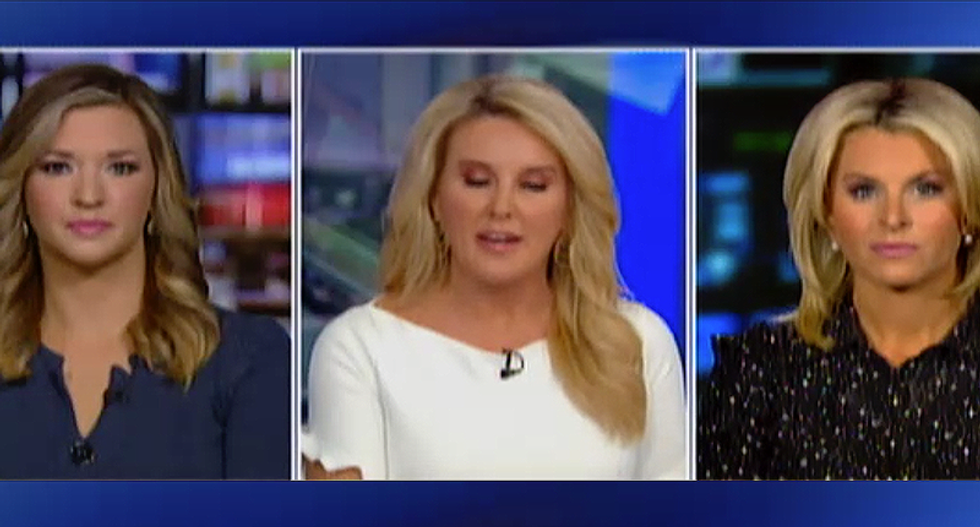 A Fox News host and panelist alleged that it was Hillary Clinton that colluded with Russia and thus should be taken to jail -- not President Donald Trump.

"Well, if it's really a big threat and we want to stop them from meddling in our elections, why is it that during a three-year time span the Obama administration really didn't do much to stop this from happening," asked Town Hall editor Katie Pavlich.

She referred to the 2012 election debate in which Mitt Romney cautioned that Russia was the greatest American foe over radical ISIS or Taliban extremists. However, 2016 was the first election Russia is known to have infiltrated.

The Fox host asked former Clinton staffer Adrienne Elrod if the entire Russia scandal could have been avoided if former President Barack Obama had stopped Russia before they even started. Elrod explained that there was a lot of work going on behind the scenes. Given the security level, it's likely much of the information available at the time could not be made public.

She noted she wished Obama had acted prior to the election but asked what Trump is doing today to stop Russia from acting in the 2018 election.

The Fox host along with Pavlich went on to claim that Clinton was colluding with Russia because her campaign partially paid the law firm that bought the opposition research dossier from Christopher Steele. Another portion of the dossier was paid for by Republicans hoping to discredit Trump prior to the general election. For that reason, Fox News believes Clinton colluded with Russia more than Trump did.

Fox News hosts have also alleged that Clinton is behind the meeting with the Russian lawyer at Trump Tower.