'We had no choice': Female NBC staffers claim they were pressured to sign letter defending embattled Brokaw 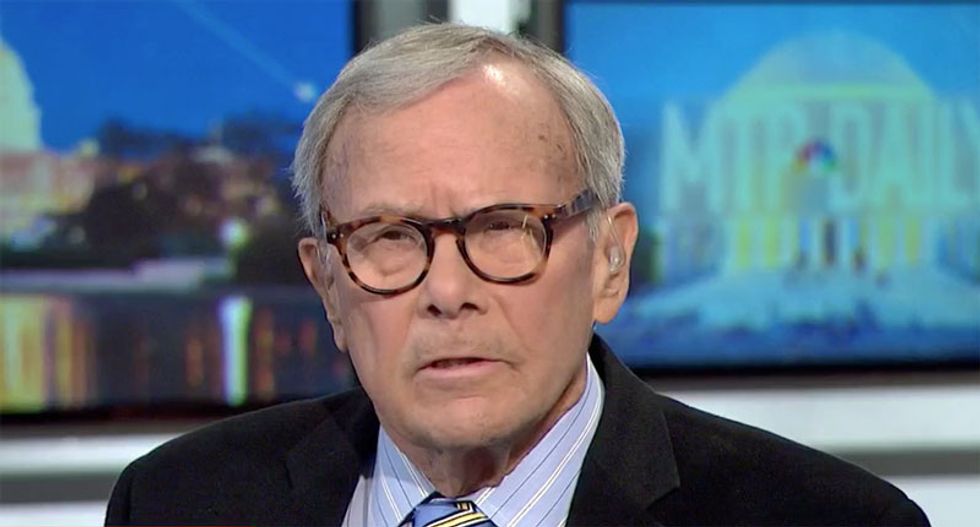 Female employees working at NBC are accusing the network of pressuring them into signing a well-publicized letter supporting embattled newsman Tom Brokaw who has been accused of sexual harassment, reports Page Six.

The letter, signed by 155 women, praised Brokaw as “a man of tremendous decency and integrity,” and included the signatures of high-profile NBC/MSNBC personalities Rachel Maddow, Mika Brzezinski and Andrea Mitchell.

However, according to some staffers at the network who wished to remain anonymous, not all of the women who added their names did so willingly; agreeing with the statement: "Tom has treated each of us with fairness and respect. As we have advanced across industries — news, publishing, law, business and government — Tom has been a valued source of counsel and support.”

"We felt forced to sign the letter supporting Brokaw," explained one female NBC employee. "We had no choice, particularly the lower level staffers. The letter was being handed around the office and the unspoken threat was that if your name was not on it, there would be some repercussion down the road."

"Execs are watching to see who signed and who didn’t," she added. "This was all about coming out in force to protect NBC’s golden boy; the network’s reputation is tied to Brokaw . . . If more women come forward, that’s a big problem.”

Another woman remarked that the letter could negatively influence other women considering coming forward with a complaint against the journalist so strongly linked to the network.

“When you have over 100 women like Andrea Mitchell signing a letter of support without knowing the facts, it’s pretty scary, " she said. "The letter will have a chilling effect on other women coming forward.”

Brokaw has called the accusations brought forward by NBC correspondent Linda Vester of tickling and trying to kiss her on separate occasions while she worked with him in the 1990's a "drive-by shooting."