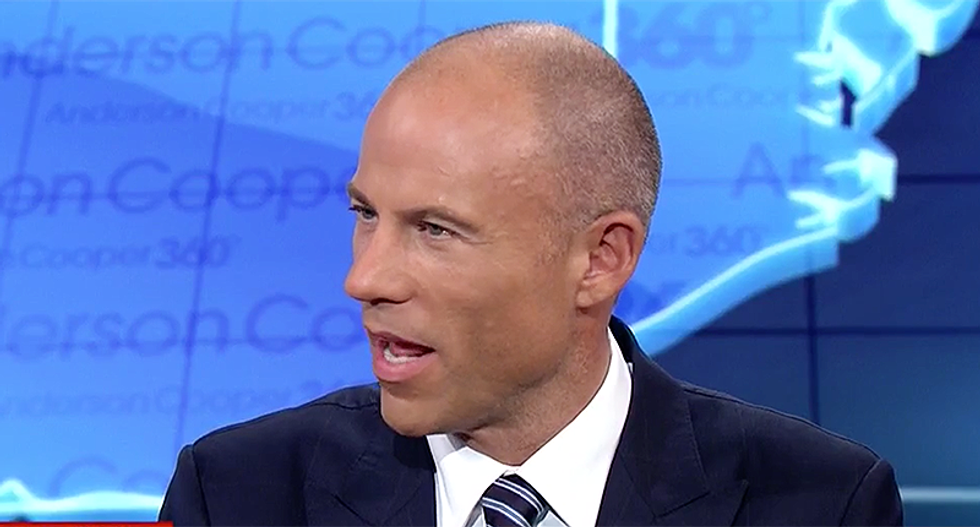 The tour of Stormy Daniels attorney Michael Avenatti continued Thursday where he appeared on CNN to speak with Anderson Cooper and call into question the new legal defense of President Donald Trump.

Commentators have spent the day noting how Rudy Giuliani bombed Trump's legal case in a single Fox News interview while oddly accepting payment for serving on the president's defense team.

Avenatti walked Cooper through the ways in which what he said "doesn't make any sense."

"We filed our case the first week of March," he explained. "So, there is no question that he would have had to have known about the allegation or the payment as of that date. Let's back up even before that. The Wall Street Journal did their article, I think in late January or sometime in February, relating to the disclosure of the agreement and the $130,000. So, I can't imagine he didn't know about it at that time. Then you also look at the statement by, and I think you put it up for your audience earlier, the statement by Michael Cohen about facilitating the payment, where he denied being reimbursed by the Trump Organization (or the campaign)."

Avenatti said that he has pointed out before that the time the statement was drafted there was an agreement in place relating to the reimbursement between Stormy Daniels and Cohen.

Trump's new defense seems to be that he gave Cohen carte blanche in making all of the decisions without any authorization. That's how Cohen was somehow reimbursed. Avenatti called it nonsense, saying he's never heard of anyone with an agreement before.

"I'm not aware of another high profile individual who had an attorney on retainer and provided that attorney with a slush fund to pay women that come out of the woodwork that accuse that individual of extra marital affairs," he continued.

Cooper noted that Avenatti has long maintained that it would be unethical for any attorney to enter into an agreement on behalf of a client with a fake corporation set up simply to make something go away.

"I'm going to call it what it is which is a slush fund and I do believe it would be unethical for Michael Cohen to be administering the extra marital affairs slush fund, not telling Donald Trump on a consistent basis how they were paid and being paid for," Avenatti continued.

While NBC News has retracted their story saying that investigators were wiretapping Cohen's phone, Avenatti said that he knows independently of the report that Cohen's text messages were being monitored as were his emails. NBC's story was about wiretapping, which Avenatti had not heard of.