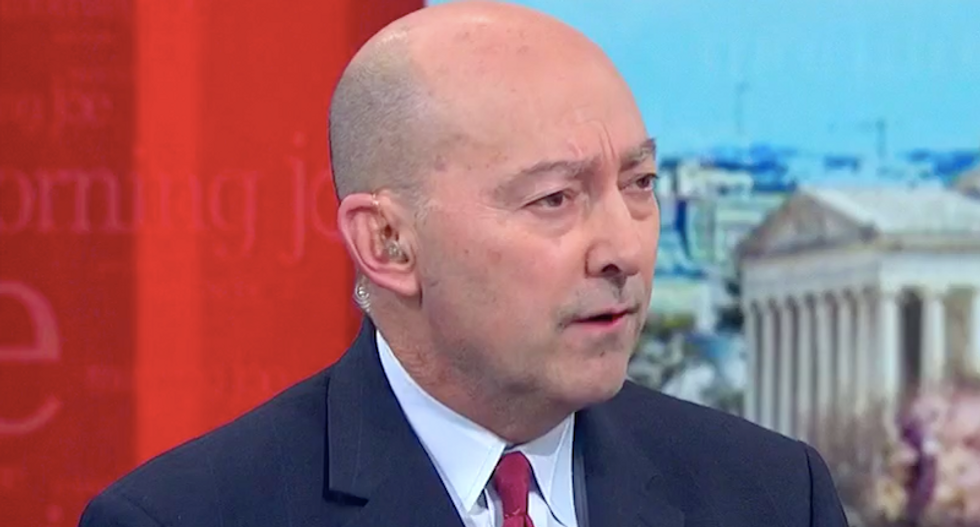 The White House issued an official statement from press secretary Sarah Huckabee Sanders claiming that Iran "has a robust, clandestine nuclear weapons program," but the Trump administration later walked back those claims by insisting the verb was supposed to be in past tense.

"The question is, is this a message that John Bolton sent out himself and was later forced to walk back from Secretary of Defense, from the Secretary of State?" Scarborough said. "Because that information contradicts what Secretary of State (Mike) Pompeo said just a couple of weeks ago."

The "Morning Joe" panelists agreed the statement reflected the disorganization inside the Trump administration, but former NATO supreme allied commander James Stavridis said the statement could set up war -- regardless of why it was issued with that wording.

"Wars can turn on words," Stavridis said. "I'll give you three words from 1898: Remember the Maine. U.S. battleship blows up in havana harbor, rallying cry, we go to war. It turns out the ship was blown up because of an internal boiler explosion, not enemy action."

"Words start wars, and to the earlier comments, there's no order and discipline going on here," the retired admiral added. "If you couple those two things together, we are clanking toward a serious problem internationally. That's what ought to worry us, even more than the internal pieces."

Stavridis said the national security adviser is too "smart" and "verbal" to let such a glaring error slip by unnoticed, and Scarborough agreed.

Stavridis said the entire rollout of the evidence gathered by Israeli intelligence seemed to be coordinated and intentional, with the likely purpose of ginning up war with Iran.

"It feels like a tell, the whole thing feels like a leading indicator," Stavridis said, "and when you couple it with (Benjamin) Nnetanyahu giving the speech in English, doing it, if you will, American-style, and then immediately following this. Occam's razor, sometimes the clearest answer is the simplest answer."