ICE director refuses to say whether or not Trump's camps on the border are inhumane: 'It's the law' 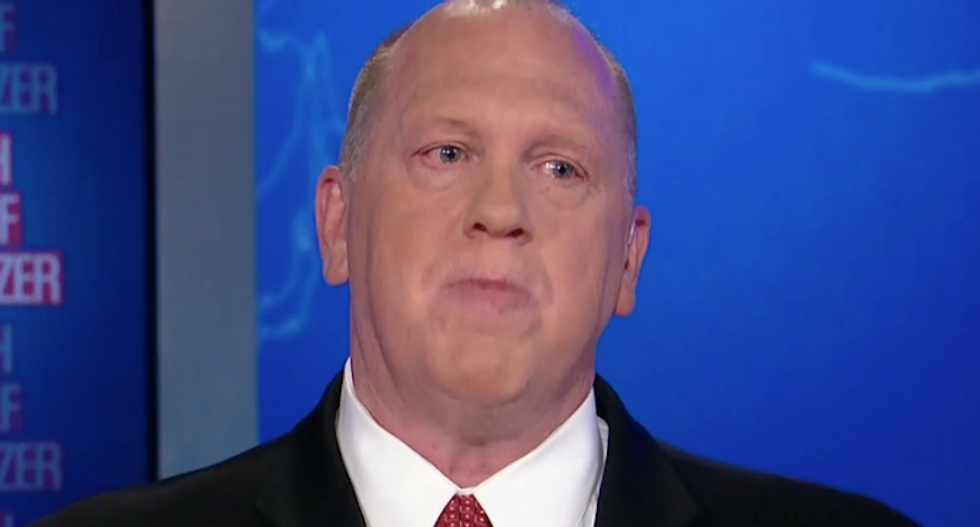 On Tuesday, ICE director Tom Homan appeared on CNN to defend the Trump administration's "zero-tolerance" policy towards migrants that's led to the forced separation of thousands of children from their parents at the border.

As Blitzer pressed him on why his agency is taking babies away from their mothers, Homan insisted that he's just following the law and taking kids away from criminals. Homan even compared the practice to protecting children from abuse in domestic violence situations.

"Those kids cry too," he said.

Temper flaring, Homan declared that if anyone is to blame for the situation at the border, it's the parents, who've committed a crime by trying to cross illegally.

Blitzer pointed out that illegal border crossing is a misdemeanor that hardly seems like a good reason to incarcerate babies.

"Is it humane?" Blitzer demanded to know.

Homan refused to answer whether the policy was humane and kept repeating, "It's the law."

"The parents of these illegal alien children are making bad decisions" he concluded. I'm making the right decisions for my children. They need to do the same."

Immigration experts point out that in addition to being inhumane, the policy is not likely to be effective because unlike Homan's contention that the parents are choosing poorly, many don't have much choice when it comes to fleeing their home countries.

"I think the administration is trying to scare families from coming to the United states by claiming they'll be separated from their children if they try," Stephen Yale-Loehr, Professor of Immigration Law Practice at Cornell Law School, tells Raw Story.

"But there has not been any evidence deterrence is successful, in some ways because it's too early to tell since it takes a month or more to travel from central America," he says.

"Also, the administration may be underestimating the fear of gangs in their home countries. If someone is really desperate, they're not going to pick up a US newspaper and worry about what might happen at the border."

"For many people it truly is a life or death situation to need to flee the gangs in those countries."

Separating kids from their families after they've made the long, dangerous trek to the border is obviously "cruel and inhumane" Loehr says.

"When the people in charge can't say it's humane, there's a problem," he said.