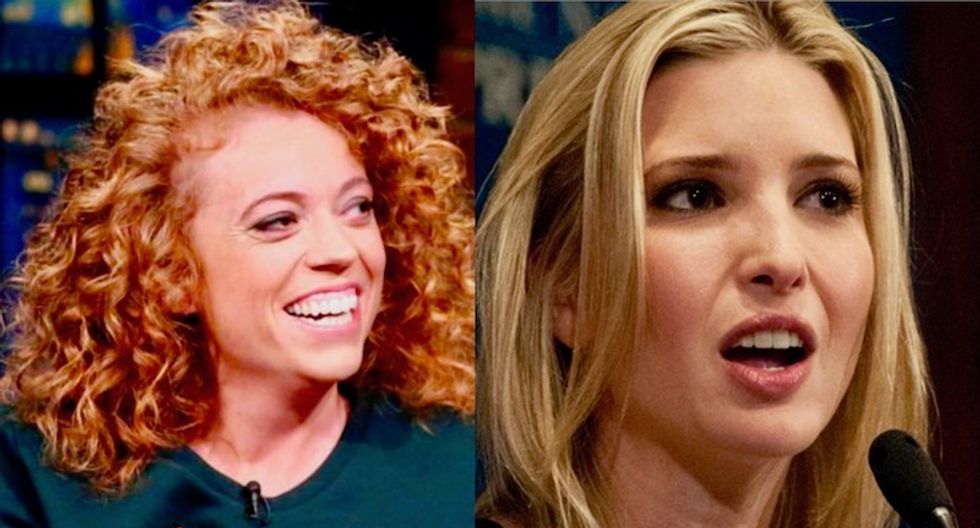 Samantha Bee's recent comments about Ivanka Trump, which included the C-word, lead to major backlash and prompted her to apologize.

Meanwhile, Michelle Wolf's slightly less recent commentary about Sarah "Cousin Huckabee" Sanders, which included a joke that implied she was like a lesbian softball coach, also led to backlash, though Wolf did not apologize.

Now, we get Wolf talking about Ivanka—and conservatives are sure to be unhappy.

Wolf just launched a new Netflix show, The Break, and sat for an interview with The Daily Beast that is sure to have people talking. In it, the comedian discussed Ivanka Trump—she didn't use the C-word, but she was unsparing in her brutal criticism.

Wolf said that Bee likely apologized because she was losing advertisers, and that the Republicans were dishonest in the way they framed her comments.

"I would guess that most people don’t even know what joke that was in," Wolf said. "They probably just saw the headline: 'Samantha Bee calls Ivanka Trump a feckless c*nt.' They don’t know it was a bit about ICE, and they may not even know that Ivanka posted that picture or really so much about that. I mean, Ivanka is part of the Trump administration. She’s fair game. And she is useless. So I think it’s very fair to point out that she’s doing a terrible job."

Wolf said that people have been "fooled" by Ivanka because she's an attractive woman.